I ended up crying out of frustration, but then this happened…. Read on to find out why Disney World made me cry in more ways than one.

Disney World Made Me Cry

When you have a high needs kid, even daily tasks can require an additional level of energy to get things done.

With a child who has executive function challenges due to dyslexia as well as ADHD and sensory issues, we had our hands full beyond the usual life of a parent.

Grocery shopping was near to impossible.

Bedtime routines were a nightly battle of trying to get our child focused enough just to get into the shower.

Last year, we discovered my child was a tri-fecta kid with multiple challenges.

We also hit the wall, realizing that he basically wasn’t reading and was now a full year behind.

From the battles of getting him to his independent tutoring sessions to the daily struggles of homework, I didn’t have much emotional reserves.

Can’t Just One Thing Be Simple?

With all of the daily struggles and battles, I was emotionally drained.

And then the holidays came around the corner.

Wouldn’t it be nice if we did something just as a family to regroup and reconnect?

Let’s get away from all of this and just be.

Just be a family.

We decided to go to Disney World.

We had never been, and we knew the boys would love it.

We also knew that Disney World would be an easy win for all of us.

We needed some magic and delight in our lives.

And we knew Disney World would be the place for us. 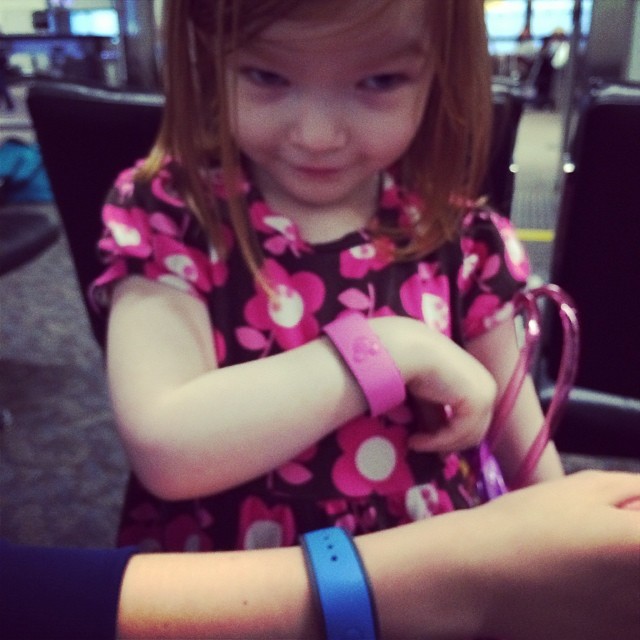 But then I had to get through their computer system.

I had our hotel reservations and all I wanted to do was order the MagicBand bracelets you can use throughout the park… but it wouldn’t work.

Seriously… picture me banging my head on the table as I tried to get it to work for me.

I looked up online to try to figure out what was wrong. I followed the steps.

It told me it couldn’t complete my request.

Out of frustration, I gave up and walked away from the computer, thinking I would return later.

I did return later…. but a month later and just weeks before our trip.

Once again, I logged on and tried  to order our MagicBands.

Once again, the system told me it couldn’t complete my request.

At this point, I felt completely defeated.

This is where that little voice in my head jumped in…

Why can’t anything be simple?

Why does everything have to be an uphill battle?

What is WRONG with me?

What Do You Do When Customer Service is Stumped?

Out of desperation, I called Disney customer service and ended up speaking to a gentleman (we’ll call him Brian) who walked me through the exact same steps I had already completed.

Can you guess what happened next?

The system couldn’t complete my request.

Brian was a bit stumped and wondered if I had somehow entered something incorrectly.

Then Brian asked if he could put me on hold to figure out what was wrong.

After 15 minutes, he came back to me and said they couldn’t figure out why I couldn’t order the MagicBands that I needed.

Instead, Brian would put my request directly into the system and have it connected to my account and reservation.

Could I hold while he did this? Of course!

Another 15 minutes or so went by.

And then the voice on the other line told me he couldn’t seem to get the system to accept his request.

If Disney World, the happiest place on earth, couldn’t get this system to work, I was DONE.

And then I started to cry.

It’s not my proudest moment.

Blubbering on the telephone with a perfect stranger.

But it was exactly how I felt.

It was real and it was raw and it said everything I couldn’t.

But Then Disney World Gave Me a Different Reason to Cry

I’m not sure just how many mothers end up crying when talking to Disney World, but I have to believe I’m not the first and probably won’t be the last.

Then he said he wasn’t going to go anywhere until they had figured this thing out and gotten it fixed.

I wanted to believe him.

Brian explained he was going to put me on hold while he contacted the tech department.

He would occasionally pop back onto the line to make sure I was still there and to let me know they were still trying to figure out the kink.

Finally, at the 90 minute mark, Brian came back to say that the tech team had (1) never seen this happen with anyone’s account before — it must be a glitch and (2) they had deleted my account, wiped it completely and started fresh.

They had fixed our reservations.

They had ordered the MagicBands.

And because we were so close to our trip, they would have the bracelets waiting for us at the hotel.

I can’t tell you how relieved and happy and exhausted I was!

As we wrapped up the final details, I joked that I was probably the toughest call he’d had all month and that I hoped he’d have an easier time for the rest of his shift.

Oh, he said. My shift ended 15 minutes after you called, but I wasn’t going to leave until I knew you were taken care of.

And then, for the second time that day, I felt the tears coming.

Brian could have easily passed me on to a colleague.

He could have taken my number and had tech follow up with me.

Instead, he chose to stay.

He chose to stay because he recognized that this complete stranger needed someone to take the reigns and just make things work.

He chose to stay to make sure this mom would be able to relax a little and share the joy of Disney World with her family.

He chose to stay because, after this experience, I have learned that folks who work at Disney aren’t just punching a clock — they live and breath and love the happiness their Disney community can bring.

This is the spirit of Disney.

Planning a trip to Disney World? Consider the following affiliate links provided for your convenience:

Along with FREE shipping you will get access to thousands of movies, tv shows, music and books for FREE!

Welcome to the Sensory Blog Hop — a monthly gathering of posts from sensory bloggers hosted by The Sensory Spectrum and Mommy Evolution. Click on the links below to read stories from other bloggers about what it’s like to have Sensory Processing Disorder and to raise a sensory kiddo!