Winter sensory play is ridiculously easy. All you need are two ingredients to make this fake snow recipe!

There’s loads of sensory activities you can do with a fake snow recipe, but fellow blogger Emma from Adventures of Adam decided to make snowmen because she’s missing all of the snow over in the UK. This post contains affiliate links. 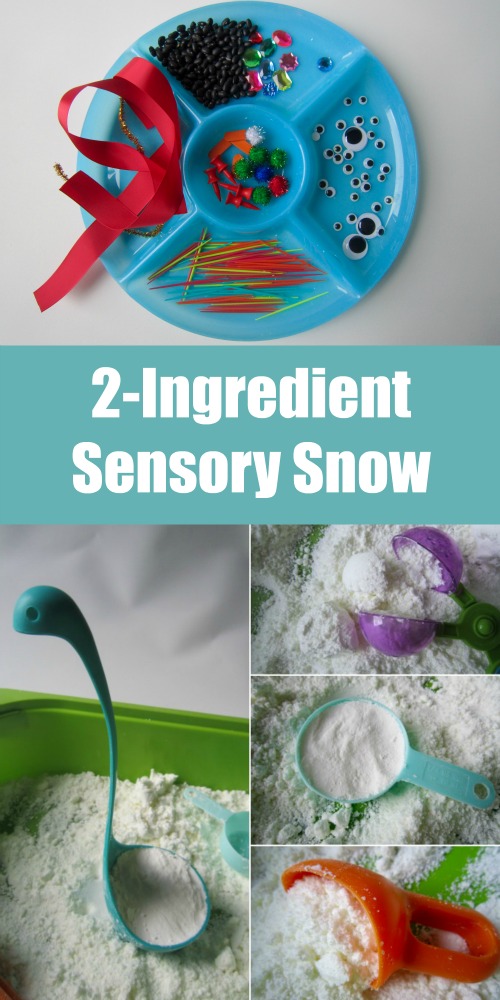 Snow, for us in the UK, is a rare event.

Enough snow to make a snowman is almost unheard of.

Playing with snow can provide a wonderful sensory experience so I wanted to try and replicate the experience using household resources.

Our DIY Fake Snow Recipe is incredibly easy to make and only requires two ingredients. It couldn’t be simpler! 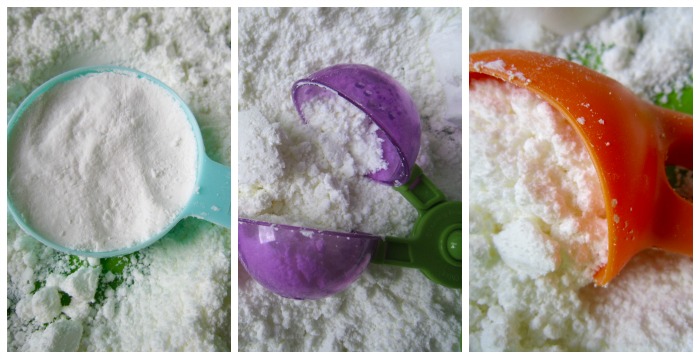 I tipped a 16 ounce (500g) box of corn flour into a large bowl and squirted shaving cream foam on top.

I mixed the two ingredients together adding a little more shaving foam in at a time.

At the beginning it was hard to imagine that the two ingredients would form a malleable resource, but I kept on mixing.

In the end I added an entire 10 ounce shaving foam can to the bowl until the corn flour was no longer creating dust.

We would have used our fake snow recipe immediately, but I wanted my son to experience the cold sensation of snow.

I placed the cornflour and shaving foam mixture into an airtight container and put this into the freezer for a few hours. 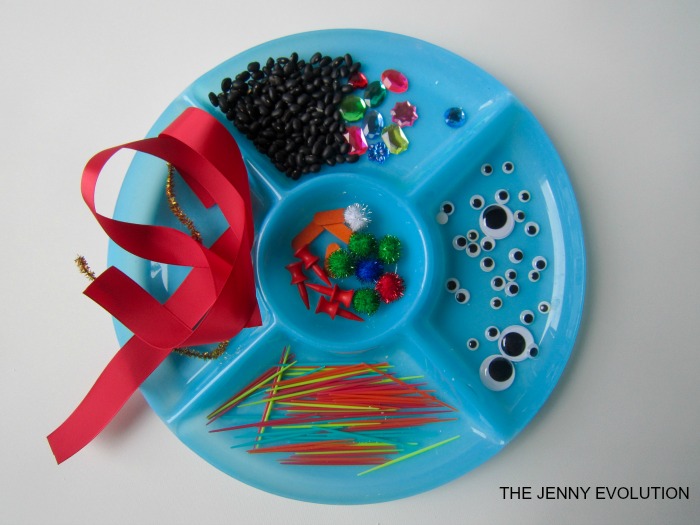 Meanwhile, I collected some resources to use when making our snowmen. I found a variety of googly eyes, pom poms and colored gems.

I added red golf tees to use for the snowman’s hat, cut the ends off of orange craft sticks for the nose, black turtle beans for the buttons and red ribbon and pipe cleaners for the scarf.

I also added colourful plastic toothpicks for the snowmans arms and legs.

I removed our fake snow from the freezer and placed it in our green sensory bin.

We couldn’t stop touching it.

The snow was cold and incredibly soft.

I was pleased that it didn’t leave a residue on my son’s hands – something which he hates.

He set about creating snowballs with his hands.

Although the mixture molded together well we wanted to see what would form the best snowman shape.

I raided our fine motor tools and found two scoopers, Handy Scooper, a 1/4 measuring cup measuring along with our new Nessie ladle.

Although the helping handy Scooper collected the snow up perfectly we were unable to get the snow out of it and retain its shape.

The shape of the 1/4 measuring cup meant we were able to pat the snow down.

The snow remained intact when the spoon was removed and we created three snowmen bases.

Unfortunately, we didn’t have much luck with the Scoopers.

Luckily the Nessie ladle created a brilliant dome shape which was great for the snowman’s head. 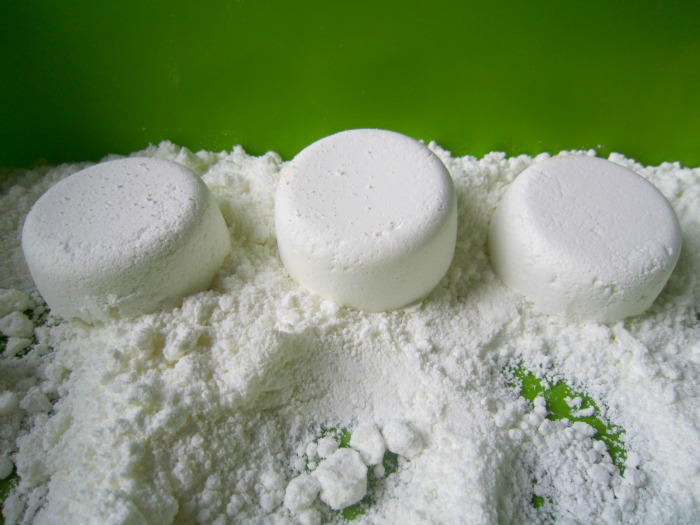 We placed the three bases on top of each other, added the Nessie done on top and set about adding the features of the snowman.

This required my son to use his fine motor skills with precision.

Any wrong move would make the snowman crumble.

He managed to add eyes, two buttons, a nose, two arms and a diamond hair accessory before it started to break up.

He needed help to get the pipe cleaner scarf on. 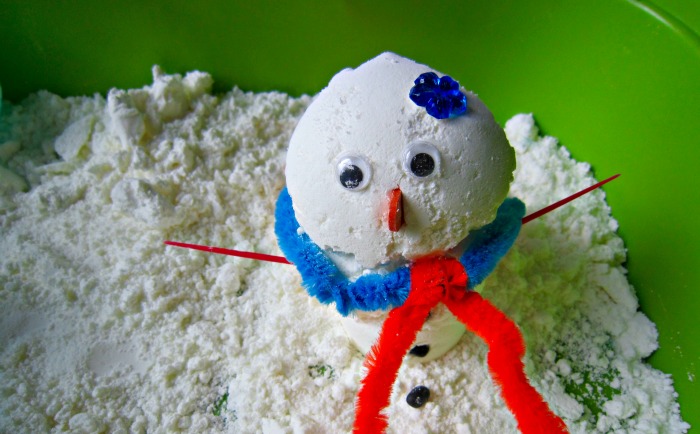 The best thing about our DIY Snow Recipe is that the snow can be used time and time again.

I removed the loose parts, poured the snow back into the air tight container and placed it in the fridge.

Not only does our DIY Snow Recipe only use two ingredients but it can also be used time and time again.

What kind of winter sensory play do you do with the kids?

About Emma: During a difficult pregnancy suffering from Hyperemesis Gravidarum (HG) Emma vowed to make every day an adventure once she had recovered. Adventures of Adam is the outcome of completing a 100 day play challenge with her toddler as part of that promise.

Emma, who is a trainedPrimary School Teacher, has a section dedicated to HG friendly play activities so that Mums can still be part of their children’s play whilst they are ill. 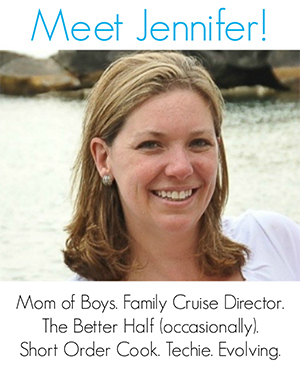