What better way to celebrate the holidays with your family than a good old-fashioned movie night – and these are the best Thanksgiving movies around!

These movies aren’t all about getting stuffed with turkey or about the familial meltdowns that happen at so many turkey dinner gatherings.

Enjoy the crazy movies as well as the sappy one.

My personal favorite? Planes, Trains and Automobiles. I have to watch it every Thanksgiving! 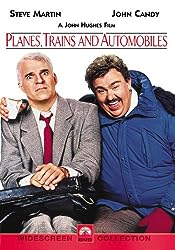 Neal Page is an advertising executive who just wants to fly home to Chicago to spend Thanksgiving with his family.

But all Neal Page gets is misery. Misery named Del Griffith — a loud mouthed, but nevertheless lovable, salesman who leads Neal on a cross-country, wild goose chase that keeps Neal from tasting his turkey.

When the woman’s spoiled son (Ethan Randall of Can’t Hardly Wait and Sweet Home Alabama in one of his first film roles) refuses to come home from his Southern prep school for Thanksgiving, Dutch volunteers to pick the bratty boy up for a road trip back to Chicago that quickly goes hilariously wrong.

Hannah and Her Sisters

A loyal supporter of her two aimless sisters Lee (Barbara Hershey) and Holly (Dianne Wiest), she’s also the emotional backbone of a family that seems to resent her stability almost as much as they depend on it.

But when Hannahs perfect world is quietly sabotaged by sibling rivalry, she finally begins to see that she’s as lost as everyone else, and in order to find herself, she’ll have to choose between the independence her family can’t live with and the family she can’t live without. 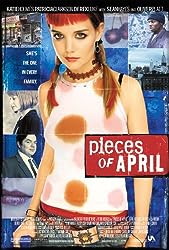 Rebellious daughter April Burns (Holmes) has offered to host an elaborate Thanksgiving dinner for her suburban clan in her grubby Lower East Side apartment.

Her attempts to create an unforgettable feast go awry when she discovers that her oven doesn’t work. Now, as her weary family makes its way to the city, April must rely on the kindness of strangers to pull off the perfect meal and the perfect memory. 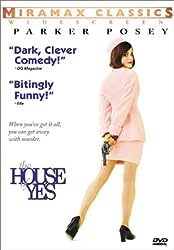 The House of Yes

All Marty (Josh Hamilton) wants is a regular life, but nothing goes as planned when he brings his fiancé, Lesly (Tori Spelling), to meet his far-from-normal family.

His beautiful but crazy twin sister, Jackie-O (Parker Posey)—who is strangely attached to Marty—becomes dangerously jealous of his new love.

Meanwhile, their younger brother, Anthony (Freddie Prinze, Jr.), puts the moves on Lesly the first chance he gets.

As their visit spins wildly out of control, Marty and Lesly realize that his mother (Geneviève Bujold) may be able to hide the kitchen knives, but she can’t hide the family’s shocking secrets. 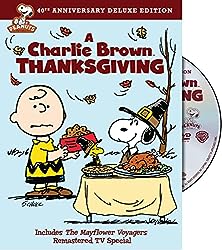 Peppermint Patty invites herself and her friends over to Charlie Brown’s for Thanksgiving, and with Linus, Snoopy, and Woodstock, he attempts to throw together a Thanksgiving dinner. 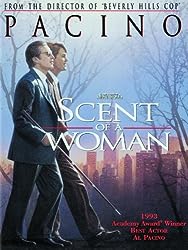 Scent of a Woman

Al Pacino won his first “Best Actor” Oscar for his brilliant portrayal of an overbearing, blind retired Lieutenant Colonel who hires a young guardian (Chris O’Donnell), to assist him over Thanksgiving weekend.

It’s a heart-wrenching and heartwarming tale of opposites attracting when they embark on a wild weekend trip that will change the lives of both men forever. 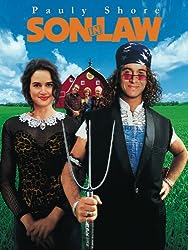 Middle America will never be the same when comedian Pauly Shore  travels to the Midwest and becomes the son-in-law.

Shore stars as Crawl, L.A.’s funkiest college student, who’s hilariously out of his element when he spends Thanksgiving at the family farm of a straitlaced college co-ed.

Crawl’s unlike anything the Midwesterners have ever seen — outside the barn that is!

Before long, Crawl’s plowing his way into their hearts with his outrageous antics and offbeat attempts at farming. Get ready for a truckload of laughs and a half-ton of hysteria with this totally irreverent comedy! 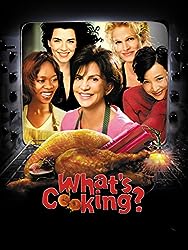 A warm portrait of four families who come together for Thanksgiving and express themselves through their cooking. 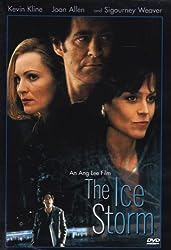 Don’t miss out on my other Thanksgiving family fun ideas for all ages (including grown-ups)!