It’s the mid 1980s. Bands like REO Speedwagon, Foreigner and Wham! ruled the charts. But there’s an underground movement bubbling up — punk rock.

Listening to my Sony Walkman late at night, the local college station would spin strange songs and bizarre artists. Sometimes, the songs were so awful my ears hurt. Other times, the music seemed plain boring and vanilla. But some magical nights, the DJ was speaking directly to me.

One evening while laying in my bed, staring out at the darkness, two sarcastic whiney voices popped through the headphones. A walking bass played in the background while these kids just shot the breeze, making fun of Motley Crue and talking about nothing of importance. What kind of song was this?

Check out Bitchin’ Camero. The song takes a crazy turn around minute #2. Although Bitchin Camero was The Dead Milkmen’s breakout song, their most popular tune by far is Punk Rock Girl.

The Dead Milkmen introduced me to the idea that music could be irreverent, sarcastic, silly and funny for the sake of just being fun. Songs didn’t have to be about love. They didn’t have to have a deeper meaning. Bands could inspire and move an audience with their acerbic whit and raw musicality. 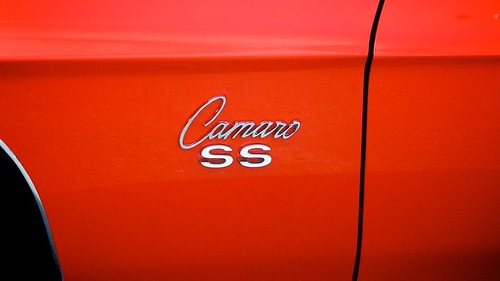