Never fear! Your tween is going to love these top middle school books from the past year!

With two boys currently in middle school, I’m really on the hunt for great books that will speak to them.

You can find these top middle school books of 2019 according to Amazon at your local library or purchase through the affiliate links provided for your convenience.

A couple of books we were excited to add to our reading list were Free Lunch, Guts and New Kid. 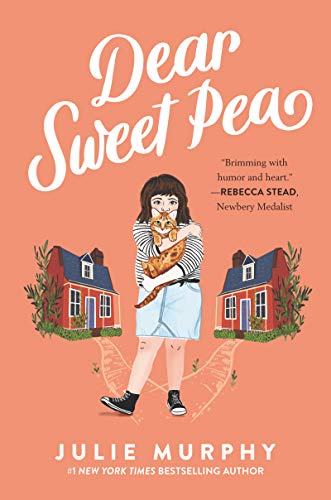 Patricia “Sweet Pea” DiMarco wasn’t sure what to expect when her parents announced they were getting a divorce. She never could have imagined that they would have the “brilliant” idea of living in nearly identical houses on the same street.

In the one house between them lives their eccentric neighbor Miss Flora Mae, the famed local advice columnist behind “Miss Flora Mae I?”

Then one day Flora leaves for a trip and asks Sweet Pea to forward her the letters for the column. And Sweet Pea happens to recognize the handwriting on one of the envelopes.

What she decides to do with that letter sets off a chain of events that will forever change the lives of Sweet Pea DiMarco, her family, and many of the readers of “Miss Flora Mae I?” 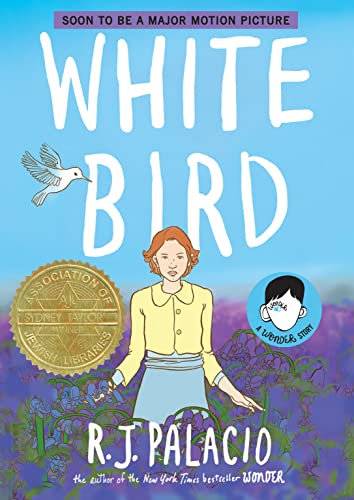 A graphic novel debut with an unforgettable story of the power of kindness and unrelenting courage in a time of war.

With poignant symbolism and gorgeous artwork that brings Sara’s story out of the past of WWII and cements it firmly in this moment in history, White Bird is sure to captivate anyone who was moved by the book Wonder. 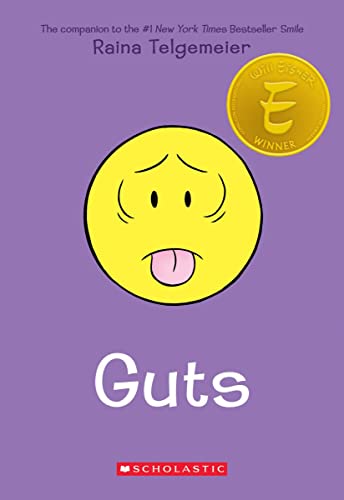 Raina Telgemeier once again brings us a thoughtful, charming, and funny true story about growing up and gathering the courage to face — and conquer — her fears.

Raina wakes up one night with a terrible upset stomach. Her mom has one, too, so it’s probably just a bug.

Raina eventually returns to school, where she’s dealing with the usual highs and lows: friends, not-friends, and classmates who think the school year is just one long gross-out session.

It soon becomes clear that Raina’s tummy trouble isn’t going away… and it coincides with her worries about food, school, and changing friendships. What’s going on? 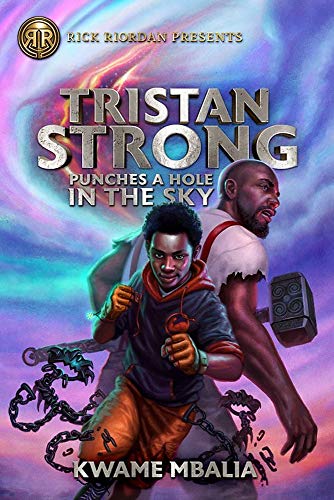 Tristan Strong Punches a Hole in the Sky 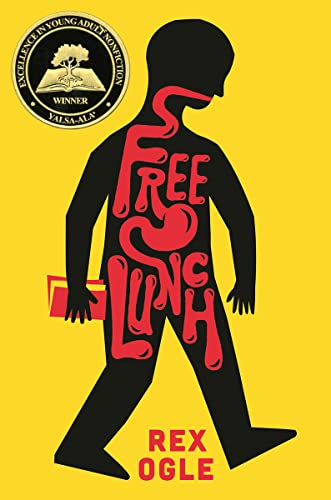 Free Lunch is the story of Rex Ogle’s first semester in sixth grade. Rex and his baby brother often went hungry, wore secondhand clothes, and were short of school supplies, and Rex was on his school’s free lunch program.

Grounded in the immediacy of physical hunger and the humiliation of having to announce it every day in the school lunch line, Rex’s is a compelling story of a more profound hunger ― that of a child for his parents’ love and care.

Compulsively readable, beautifully crafted, and authentically told with the voice and point of view of a 6th-grade kid, Free Lunch is a remarkable debut by a gifted storyteller. 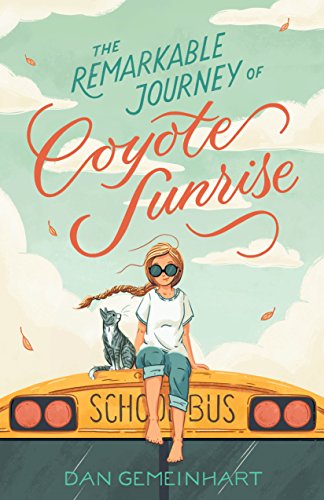 The Remarkable Journey of Coyote Sunrise

Five years. That’s how long Coyote and her dad, Rodeo, have lived on the road in an old school bus, criss-crossing the nation.

It’s also how long ago Coyote lost her mom and two sisters in a car crash.

Over the course of thousands of miles, Coyote will learn that going home can sometimes be the hardest journey of all… but that with friends by her side, she just might be able to turn her “once upon a time” into a “happily ever after.” 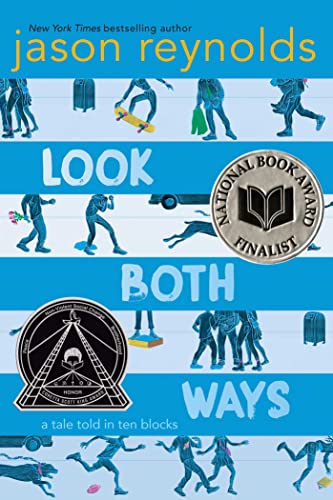 Look Both Ways: A Tale Told in Ten Blocks

Jason Reynolds conjures ten tales (one per block) about what happens after the dismissal bell rings, and brilliantly weaves them into one wickedly funny, piercingly poignant look at the detours we face on the walk home, and in life. 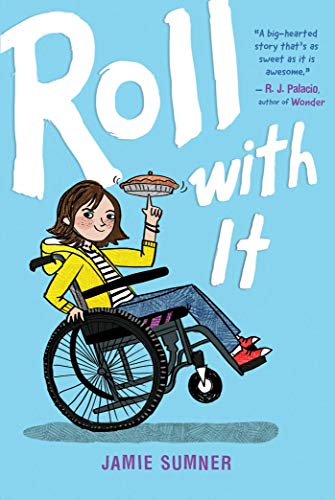 This big-hearted middle grade debut tells the story of an irrepressible girl with cerebral palsy whose life takes an unexpected turn when she moves to a new town. 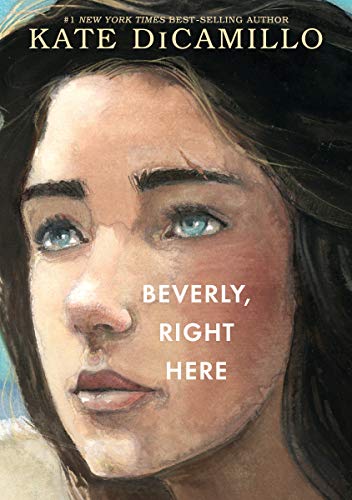 In a touching, funny, and fearless conclusion to her sequence of novels about the beloved Three Rancheros, #1 New York Times best-selling author Kate DiCamillo tells the story of a character who will break your heart and put it back together again.

Beverly Tapinski has run away from home plenty of times, but that was when she was just a kid.

Determined to make it on her own, Beverly finds a job and a place to live and tries to forget about her dog, Buddy, now buried underneath the orange trees back home; her friend Raymie, whom she left without a word; and her mom, Rhonda, who has never cared about anyone but herself.

Despite her best efforts, she can’t help forming connections with the people around her — and gradually, she learns to see herself through their eyes. 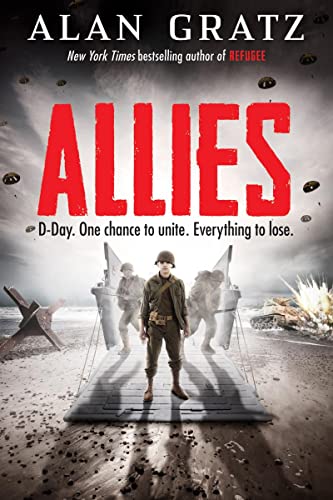 June 6, 1944: The Nazis are terrorizing Europe, on their evil quest to conquer the world. The only way to stop them? The biggest, most top-secret operation ever, with the Allied nations coming together to storm German-occupied France.

Dee, a young U.S. soldier, is on a boat racing toward the French coast. And Dee — along with his brothers-in-arms — is terrified. He feels the weight of World War II on his shoulders.

In a breathtaking race against time, they all must fight to complete their high-stakes missions.

With betrayals and deadly risks at every turn, can the Allies do what it takes to win? 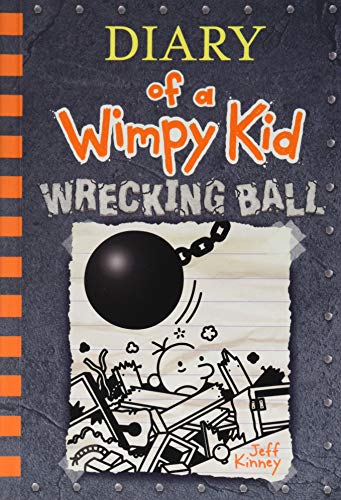 In Wrecking Ball, Book 14 of the Diary of a Wimpy Kid series — from #1 international bestselling author Jeff Kinney — an unexpected inheritance gives Greg Heffley’s family a chance to make big changes to their house.

But they soon find that home improvement isn’t all it’s cracked up to be. 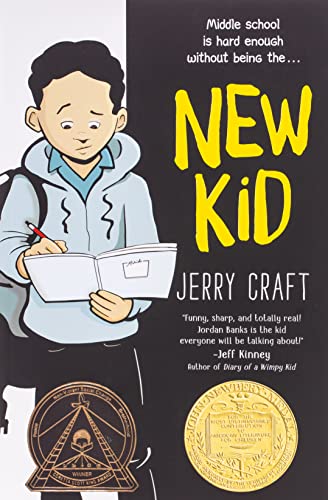 A timely, honest graphic novel about starting over at a new school where diversity is low and the struggle to fit in is real, from award-winning author-illustrator Jerry Craft.

Seventh grader Jordan Banks loves nothing more than drawing cartoons about his life.

Instead of sending him to the art school of his dreams, his parents enroll him in a prestigious private school known for its academics, where Jordan is one of the few kids of color in his entire grade.

As he makes the daily trip from his Washington Heights apartment to the upscale Riverdale Academy Day School, Jordan soon finds himself torn between two worlds — and not really fitting into either one.

Can Jordan learn to navigate his new school culture while keeping his neighborhood friends and staying true to himself? 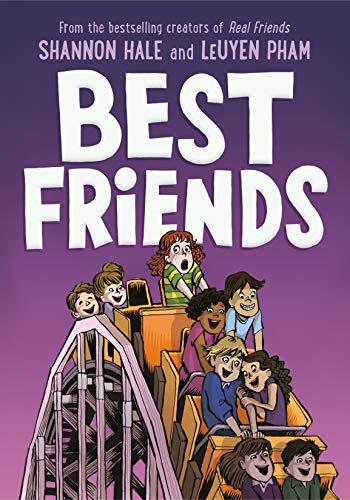 Sixth grade is supposed to be perfect. Shannon’s got a sure spot in the in-crowd called The Group, and her best friend is their leader, Jen, the most popular girl in school.

But the rules are always changing, and Shannon has to scramble to keep up.

She never knows which TV shows are cool, what songs to listen to, and who she’s allowed to talk to.

Who makes these rules, anyway? And does Shannon have to follow them? 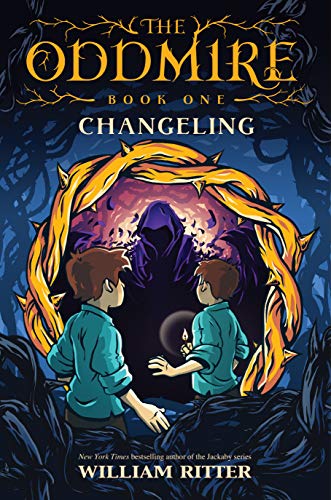 In this first book in a new fantasy-adventure series, New York Times bestselling author William Ritter takes readers on a journey of monsters, magic, and discovery.

Magic is fading from the Wild Wood. To renew it, goblins must perform an ancient ritual involving the rarest of their kind — a newborn changeling.

When the night arrives to trade a human baby for a goblin one, something goes terribly wrong.

Tinn and Cole are raised as human twins, neither knowing what secrets may be buried deep inside one of them.

When they are thirteen years old, a mysterious message arrives, calling the brothers to be heroes and protectors of magic.

The boys must leave their sleepy town and risk their lives in the Wild Wood, journeying through the Deep Dark to reach the goblin horde and uncover who they truly are. 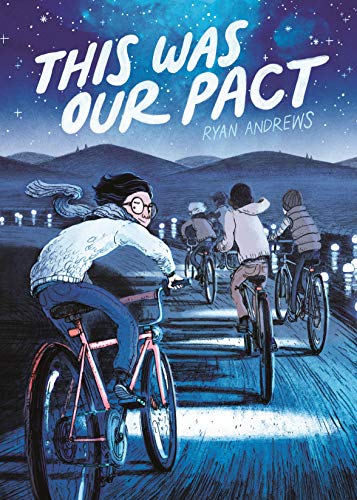 This Was Our Pact

It’s the night of the annual Autumn Equinox Festival, when the town gathers to float paper lanterns down the river.

This year, Ben and his classmates are determined to find out where those lanterns really go, and to ensure success in their mission, they’ve made a pact with two simple rules: No one turns for home. No one looks back.

The plan is to follow the river on their bikes for as long as it takes to learn the truth, but it isn’t long before the pact is broken by all except for Ben, and (much to Ben’s disappointment) Nathaniel, the one kid who just doesn’t seem to fit in.

Together, Nathaniel and Ben will travel farther than anyone has ever gone, down a winding road full of magic, wonder, and unexpected friendship. 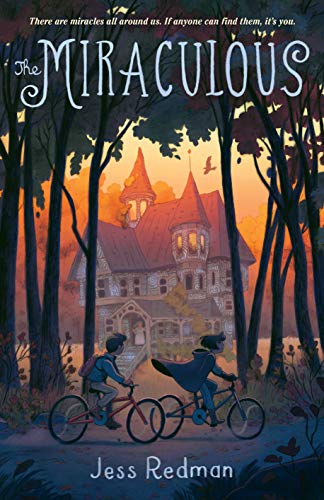 The Miraculous is Jess Redman’s sparkling debut novel about facing grief, trusting the unknown, and finding brightness in the darkest moments.

Eleven-year-old Wunder Ellis is a miracologist. In a journal he calls The Miraculous, he records stories of the inexplicable and the extraordinary. And he believes every single one.

Then his newborn sister dies, at only eight days old. If that can happen, then miracles can’t exist. So stops believing.

Then he meets Faye — a cape-wearing, outspoken girl with losses of her own. Together, they find an abandoned house by the cemetery and a mysterious old woman who just might be a witch.

The old woman asks them for their help. She asks them to believe. And they go on a journey that leads to friendship, to adventure, to healing — and to miracles. 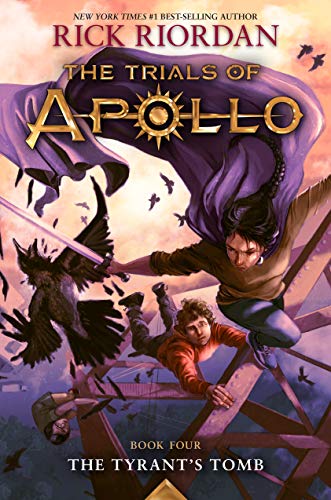 The Tyrant's Tomb (The Trials of Apollo, Book Four)

It’s not easy being Apollo, especially when you’ve been turned into a human and banished from Olympus.

Now his journey takes him to Camp Jupiter in the San Francisco Bay Area, where the Roman demigods are preparing for a desperate last stand against the evil Triumvirate of Roman emperors.

Old friends will need Apollo’s aid to survive the onslaught.

Unfortunately, the answer to their salvation lies in the forgotten tomb of a Roman ruler… someone even worse than the emperors Apollo has already faced. 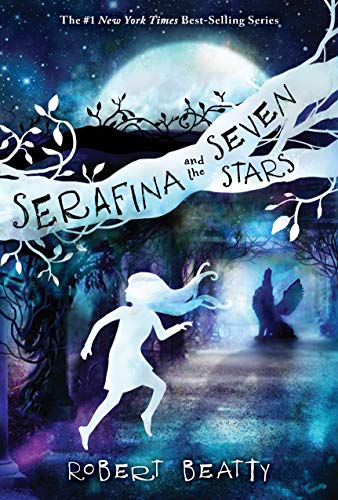 Serafina and the Seven Stars (The Serafina Series Book 4)

Serafina and the Seven Stars marks the return of a heroine like no other, as master storyteller Robert Beatty weaves his darkest, most astonishing tale yet!

When Mr. Vanderbilt, the kind master of Biltmore, asks Serafina to move upstairs into one of the house’s grandest rooms, she’s sure it’s to keep an eye on the guests who have arrived for the estate’s annual hunt.

Then Serafina witnesses a crime that turns her world upside down.

How can all that once seemed good and worthy of protection now be evil? And how can she guard those around her when she can’t even be sure of the truth of her own heart? 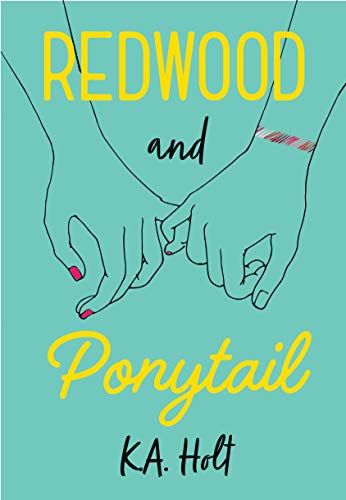 A universal story of finding a way to be comfortable in your own skin.

Kate and Tam meet, and both of their worlds tip sideways.

At first, Tam figures Kate is your stereotypical cheerleader; Kate sees Tam as another tall jock. And the more they keep running into each other, the more they surprise each other.

It’s complicated. Except it’s not.

When Kate and Tam meet, they fall in like. It’s as simple as that. But not everybody sees it that way. 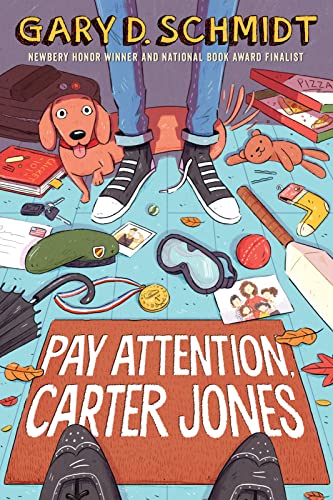 Sparkling with humor, this insightful and compassionate story will resonate with readers who have confronted secrets of their own.

Carter Jones is astonished early one morning when he finds a real English butler, bowler hat and all, on the doorstep – one who stays to help the Jones family, which is a little bit broken.

In addition to figuring out middle school, Carter has to adjust to the unwelcome presence of this new know-it-all adult in his life and navigate the butler’s notions of decorum.

And ultimately, when his burden of grief and anger from the past can no longer be ignored, Carter learns that a burden becomes lighter when it is shared.