If you’re looking for some wonderful new reads, don’t look any further than the best New Childrens Books for Toddlers.

There is nothing better than snuggling up with your toddler for stories, whether you’re under the blanket on the couch or tucked in for bedtime. It was always one of my favorite moments with my boys when they were toddlers — and it still is!

Be sure to check out all of the best new books for kids of the past years!

You can find the Best New Childrens Books for Toddlers of 2015 at your local library or purchase through the affiliate links provided for your convenience.

Oh so many good books came out this year!

Personally, we really loved Stick and Stone, I Don’t Want to be a Frog and Zen Socks.

But really, this whole list is full of winners. 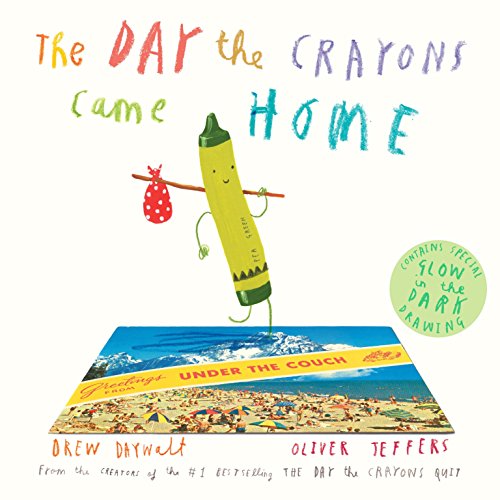 The Day the Crayons Came Home

I’m not sure what it is about this kid Duncan, but his crayons sure are a colorful bunch of characters!

Having soothed the hurt feelings of one group who threatened to quit, Duncan now faces a whole new group of crayons asking to be rescued. 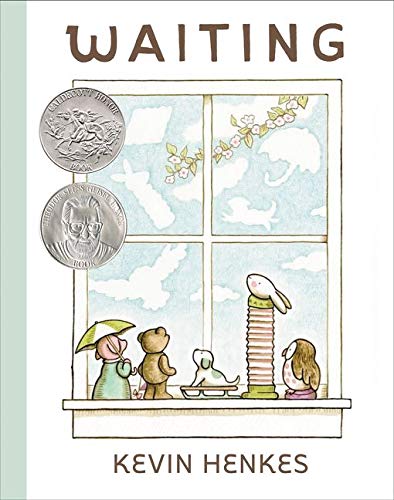 Waiting is a big part of childhood — waiting in line, waiting to grow up, waiting for something special to happen — but in this book, a child sets the stage and pulls the strings.

Timeless, beautiful, and deeply heartfelt, this picture book about imaginative play, the seasons, friendship, and surprises. 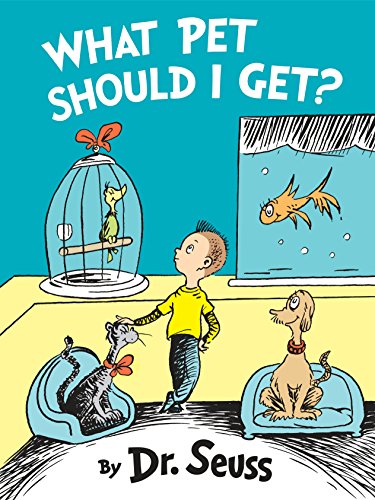 What Pet Should I Get? (Classic Seuss)

This never-ever-before-seen picture book by Dr. Seuss about making up one’s mind is the literary equivalent of buried treasure!

What happens when a brother and sister visit a pet store to pick a pet?

Naturally, they can’t choose just one!

The tale captures a classic childhood moment — choosing a pet — and uses it to illuminate a life lesson: that it is hard to make up your mind, but sometimes you just have to do it! 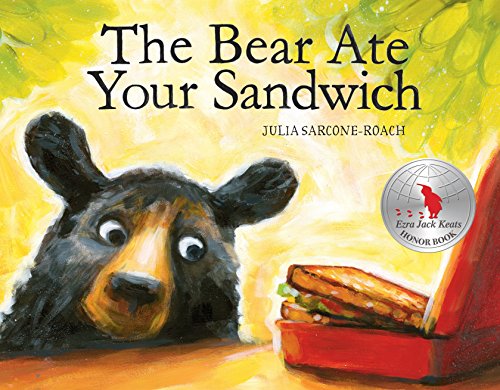 The Bear Ate Your Sandwich

A delicious tale of a bear, lost in the city, who happens upon an unattended sandwich in the park.

The bear’s journey from forest to city and back home again is full of happy accidents, funny encounters, and sensory delights.

The story is so engrossing, it’s not until the very end that we begin to suspect this is a TALL tale. 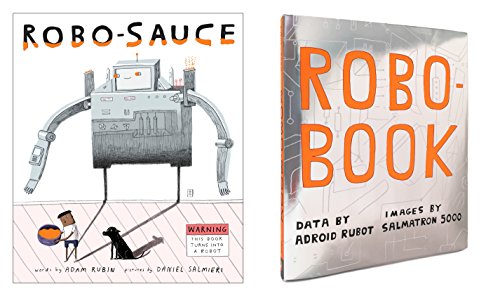 Robots are awesome. They have lasers for eyes, rockets for feet, and supercomputers for brains!

Plus, robots never have to eat steamed beans or take baths, or go to bed.

If only there were some sort of magical “Robo-Sauce” that turned squishy little humans into giant awesome robots… Well, now there is.

Giggle at the irreverent humor, gasp at the ingenious fold-out surprise ending, and gather the whole family to enjoy a unique story about the power of imagination. 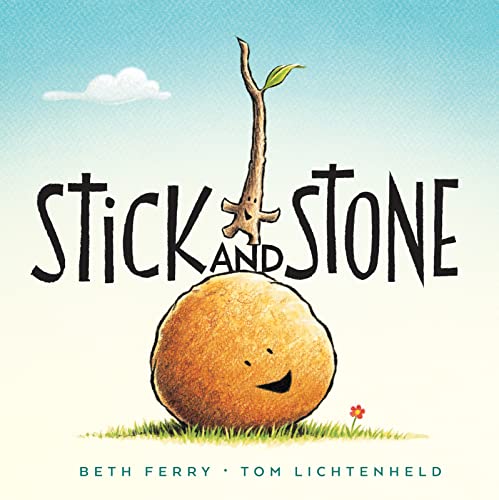 Author Beth Ferry makes a memorable debut with a warm, rhyming text that includes a subtle anti-bullying message even the youngest reader will understand.

In this funny story about kindness and friendship, Stick and Stone join George and Martha, Frog and Toad, and Elephant and Piggie, as some of the best friend duos in children’s literature. 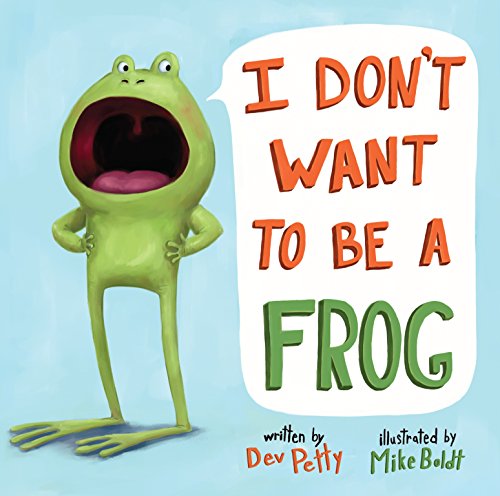 I Don't Want to Be a Frog

Fans of Mo Willems’s Don’t Let the Pigeon Drive the Bus! and Jon Klassen’s I Want My Hat Back will love meeting this willful young frog with a serious identity crisis.

Frog wants to be anything but a slimy, wet frog. A cat, perhaps. Or a rabbit. An owl?

But when a hungry wolf arrives — a wolf who HATES eating frogs — our hero decides that maybe being himself isn’t so bad after all.

In this very silly story with a sly message, told in hilarious dialogue between a feisty young frog and his heard-it-all-before father, young readers will identify with little Frog’s desire to be something different, while laughing along at his stubborn yet endearing schemes to prove himself right. 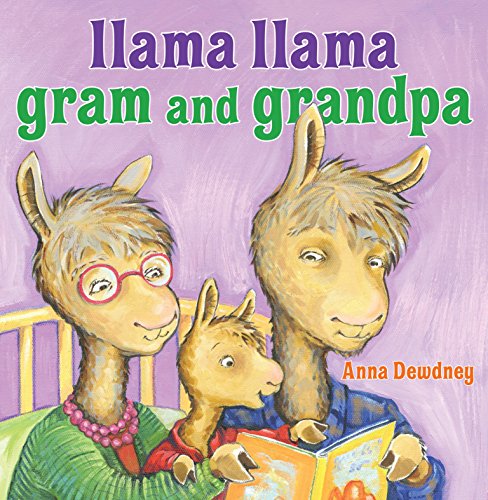 It’s an exciting day for Llama Llama; he’s going to visit Gram and Grandpa Llama and spend the night! His first night away from home…. and from Mama.

But he makes sure to pack everything he needs.

There are so many fun things to do with Gram and Grandpa.

It’s not until he gets ready for bed that he realizes that he’s forgotten something important. Fuzzy Llama!

Fortunately, Grandpa Llama has a wonderful solution and soon Llama Llama is having sweet dreams.

In this charming book, each page asks the reader a question about the lineup of characters featured on the spread.

There’s only one right answer, and it’s not always easy! Kids will love learning early concepts like expressions and positions as a natural consequence of their hunt for clues in the details of the lineup.

It’s a book for all audiences: the seek-and-find call to action on every page makes Who Done It? a wonderful lap or parent read, while the whimsical art, distinctive horizontal format, and hip exposed board ensures this book will be equally appealing as engaging coffee table décor. 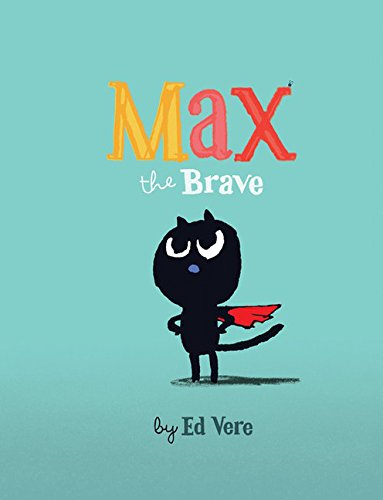 With a little bit of bad advice, Max finds himself facing a much bigger challenge. Maybe Max doesn’t have to be Max the Brave all the time.

Join this adventurous black cat as he very politely asks a variety of animals for help in finding a mouse.

Young readers will delight in Max’s mistakes, while adults will love the subtle, tongue-in-cheek humor of this new children’s classic. 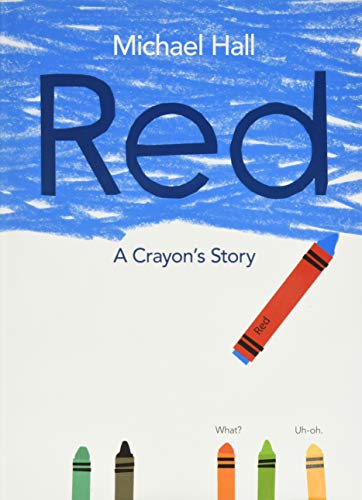 This funny, heartwarming, colorful picture book about finding the courage to be true to your inner self can be read on multiple levels.

Red has a bright red label, but he is, in fact, blue.

But Red is miserable. He just can’t be red, no matter how hard he tries!

Finally, a brand-new friend offers a brand-new perspective, and Red discovers what readers have known all along. He’s blue! 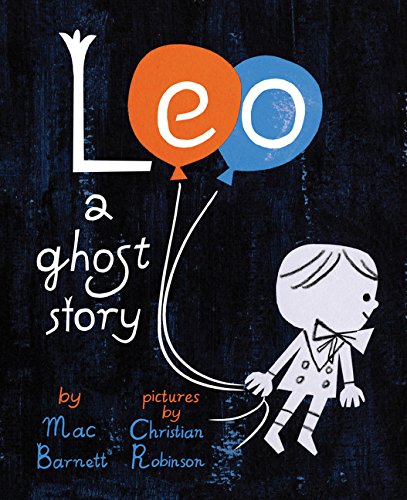 This charming tale of friendship — from two of the best young minds in picture books: the author of the Caldecott Honor–winning Extra Yarn and the illustrator of the Bologna Ragazzi Award–winning Josephine — is destined to become a modern classic that will delight readers for years to come. 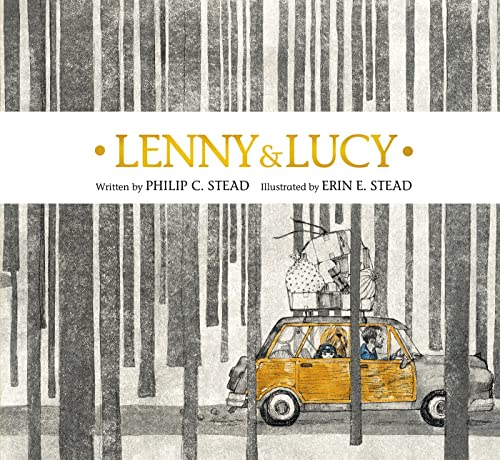 Peter and his father are moving to a new house beyond the dark unfriendly woods.

Scared of the things hidden in the woods, Peter makes a tall pile of pillows.

He stiches and sews. He pushes and pulls. And when he is done, he has Lenny, Guardian of the Bridge, to protect him and Harold.

Lenny is a good guard but Peter worries that Lenny will get lonely out by the woods all by himself, so he makes Lucy, who is a good friend.

Together, Lenny, Lucy, Peter, and Harold discover that this new place isn’t so scary after all. 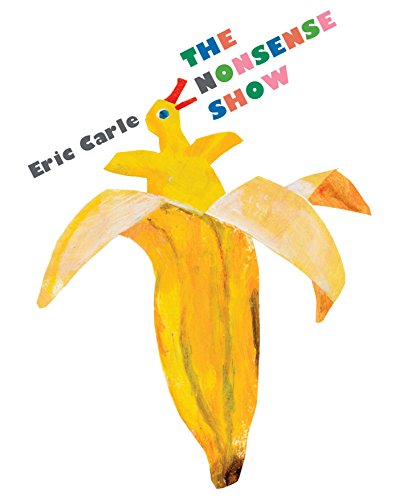 Yes, there’s something strange, something funny and even downright preposterous on every page of this book.

But it’s not a mistake – it’s nonsense! And it’s also surrealism.

Nonsense lies at the heart of many beloved nursery rhymes.

Children readily accept odd statements like “the cow jumped over the moon” and “the dish ran away with the spoon.”

This fanciful bending of reality is also basic to surrealism. 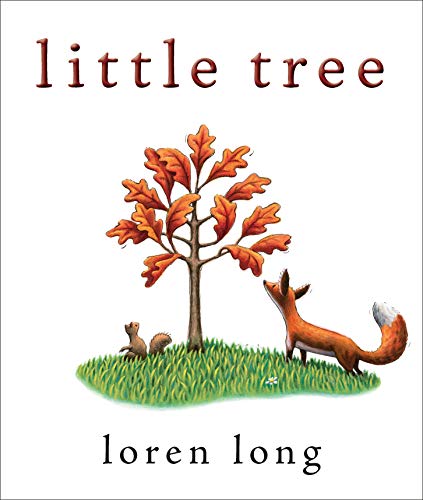 In the middle of a little forest, there lives a Little Tree who loves his life and the splendid leaves that keep him cool in the heat of long summer days. Life is perfect just the way it is.

Autumn arrives, and with it the cool winds that ruffle Little Tree’s leaves.

One by one the other trees drop their leaves, facing the cold of winter head on. But not Little Tree — he hugs his leaves as tightly as he can.

Year after year Little Tree remains unchanged, despite words of encouragement from a squirrel, a fawn, and a fox, his leaves having long since turned brown and withered.

As Little Tree sits in the shadow of the other trees, now grown sturdy and tall as though to touch the sun, he remembers when they were all the same size. And he knows he has an important decision to make. 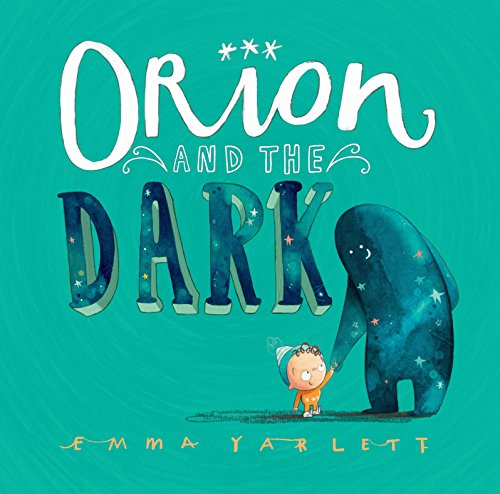 Orion and the Dark

Orion is scared of a lot of things, but most of all he’s scared of the dark.

So one night the Dark decides to take Orion on an adventure.

Emma Yarlett’s second picture book combines her incredible storytelling and artwork with die-cut pages that bring the Dark to life. 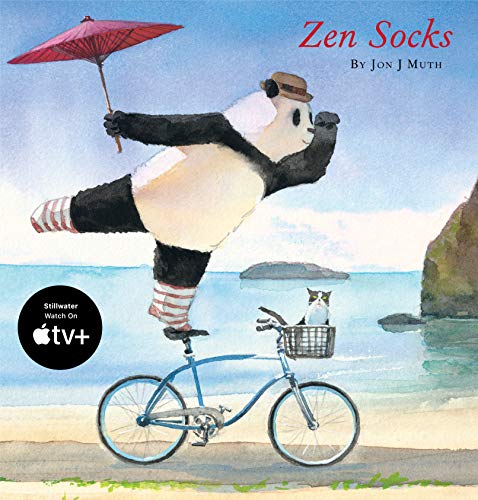 Leo and Molly love their new neighborhood. Most of all they love their friend Stillwater.

The three friends are quite a team! From Caldecott Honoree Jon J Muth comes a story about sharing, another about patience, and a third about compassion.

With warmth and fun, they learn from one another in the most surprising ways. 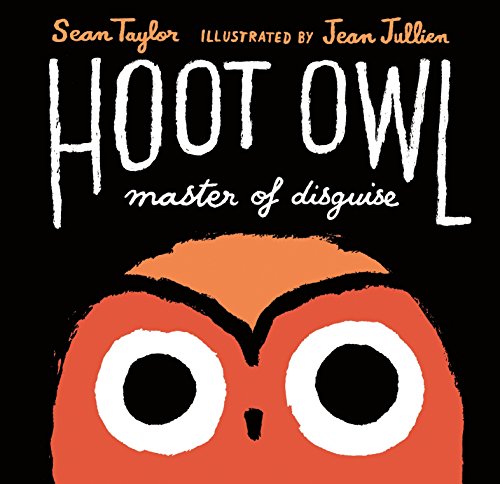 Hoot Owl is no ordinary owl. He is a master of disguise! In the blackness of night, he’s preparing to swoop on his prey before it can realize his dastardly tricks. Look there — a tasty rabbit for him to eat!

Hoot Owl readies his costume, disguising himself as… a carrot!

Then he waits. The rabbit runs off. Never mind! Surely his next juicy target will cower against such a clever and dangerous creature as he! 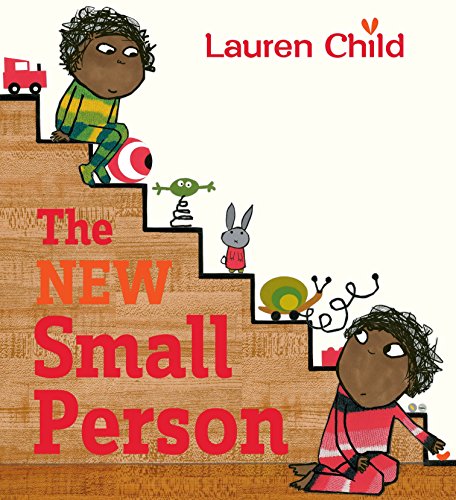 Elmore Green starts life as an only child, as many children do.

He has a room to himself, where he can line up his precious things and nobody will move them one inch. But one day everything changes.

Elmore wants the small person to go back to wherever it came from. Then, one night, everything changes.

In her signature visual style, Lauren Child gets to the heart of a child’s evolving emotions about becoming a big brother or sister. 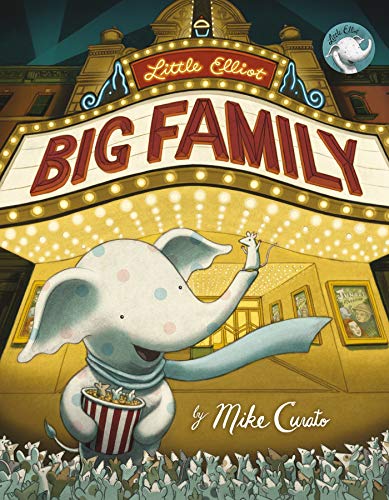 When Mouse heads off to a family reunion, Little Elliot decides go for a walk.

As he explores each busy street, he sees families in all shapes and sizes.

In a city of millions, Little Elliot feels very much alone-until he finds he has a family of his own!