Explore some of the best new books for middle school students.

Middle school kids can be so difficult to read, don’t you think? But do you know what shouldn’t be hard to figure out — what they love to read!  You’re sure to find the right book to inspire your reader!

You can find the best new books for middle school of 2014 at your local library or purchase through the affiliate links provided for your convenience. 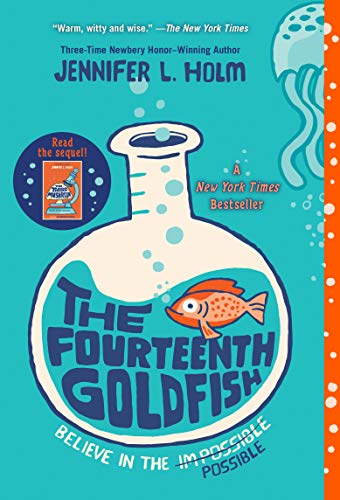 With a lighthearted touch and plenty of humor, Jennifer Holm celebrates the wonder of science and explores fascinating questions about life and death, family and friendship, immortality . . . and possibility.

Then one day a strange boy shows up. He’s bossy. He’s cranky. And weirdly enough . . . he looks a lot like Ellie’s grandfather, a scientist who’s always been slightly obsessed with immortality.

Could this gawky teenager really be Grandpa Melvin?

Has he finally found the secret to eternal youth? 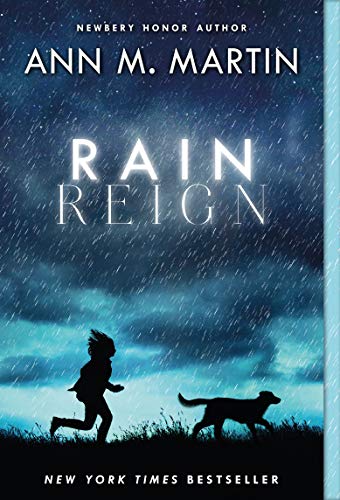 Rose Howard has OCD, Asperger’s syndrome, and an obsession with homonyms (even her name is a homonym).

When Rose’s dog goes missing during a storm, Rose has to find her dog, even if it means leaving her routines and safe places to search.

Hearts will break and spirits will soar for this powerful story, brilliantly told from Rose’s point of view. 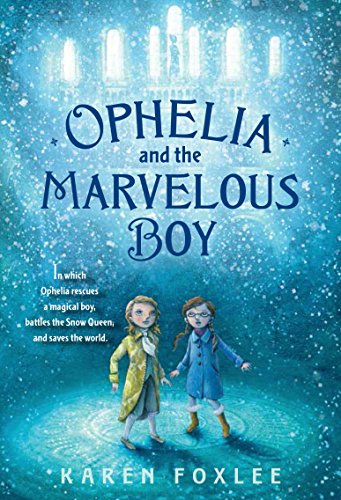 Ophelia and the Marvelous Boy

A story within a story, this a modern day fairytale about the power of friendship, courage and love, and never ever giving up.

A luminous retelling of the Snow Queen, this is the story of unlikely heroine Ophelia Jane Worthington-Whittard who doesn’t believe in anything that can’t be proven by science. 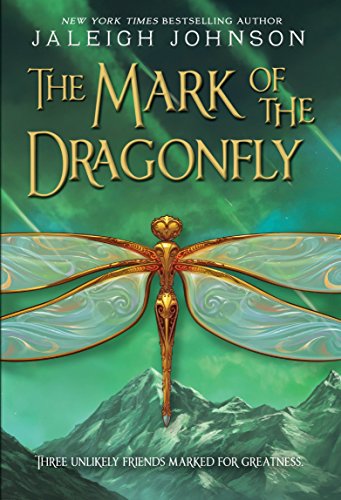 The Mark of the Dragonfly (World of Solace Series)

For fans of Wrinkle in Time and The School of Good and Evil, the New York Times bestseller The Mark of the Dragonfly is a fast-paced adventure story about a mysterious girl and a fearless boy, set in a magical world that is both exciting and dangerous. 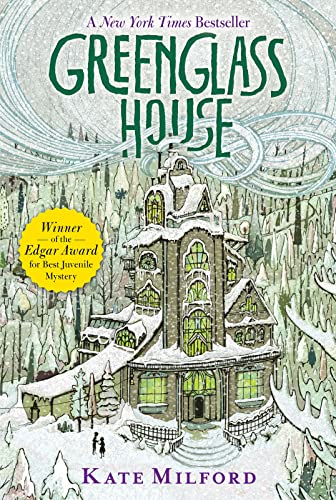 One night, Milo’s home is bursting with odd, secretive guests, each one bearing a strange story that is somehow connected to the rambling old house.

As objects go missing and tempers flare, Milo and Meddy, the cook’s daughter, must decipher clues and untangle the web of deepening mysteries to discover the truth about Greenglass House — and themselves. 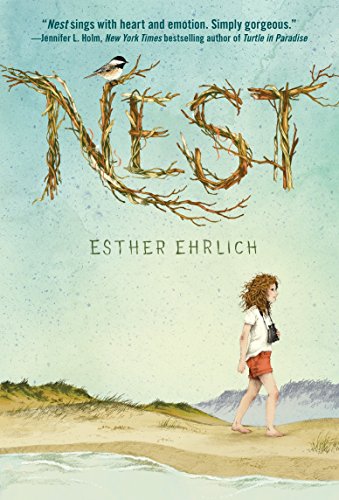 For fans of Jennifer Holm (Penny from Heaven, Turtle in Paradise), a heartfelt and unforgettable middle-grade novel about an irresistible girl and her family, tragic change, and the healing power of love and friendship.

In 1972 home is a cozy nest on Cape Cod for eleven-year-old Naomi “Chirp” Orenstein, her older sister, Rachel; her psychiatrist father; and her dancer mother.

Then Chirp’s mom develops symptoms of a serious disease, and everything changes. 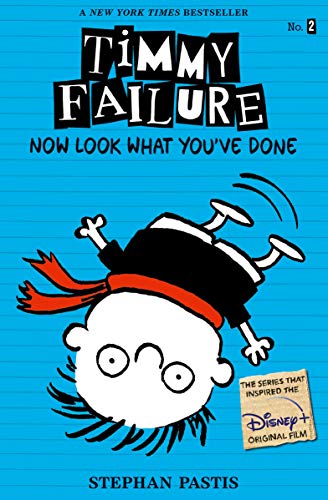 The clueless, comically self-confident kid detective returns in a sequel to the New York Times bestseller Timmy Failure: Mistakes Were Made.

Now Look What You’ve Done finds comically clueless kid detective Timmy Failure on the cusp of cracking the biggest case of his generation. 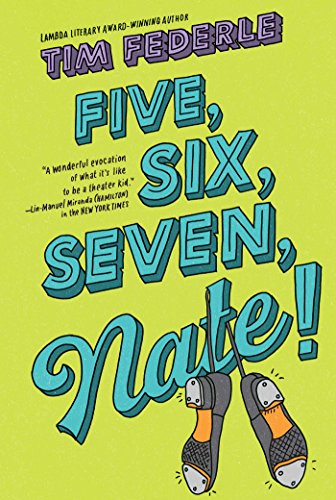 In the sequel to Better Nate Than Ever, Nate Foster’s Broadway dreams are finally coming true.

Full of secret admirers, surprise reunions, and twice the drama of middle school… with a lot more glitter. 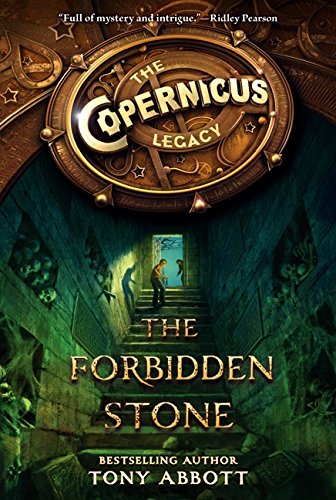 Fans of Rick Riordan and Ridley Pearson will love this first book in an exciting series that takes the reader all over the globe in a race to find pieces of a mysterious hidden past—before it’s too late. 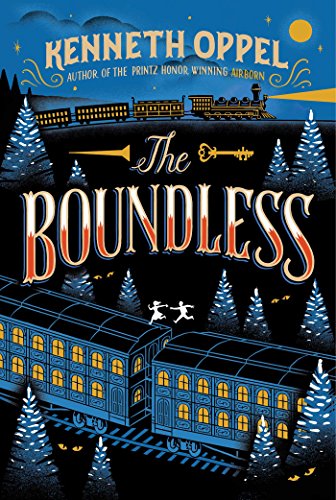 All aboard for an action-packed escapade from the internationally bestselling author of Airborne and the Silverwing trilogy.

The Boundless, the greatest train ever built, is on its maiden voyage across the country, and first-class passenger Will Everett is about to embark on the adventure of his life! 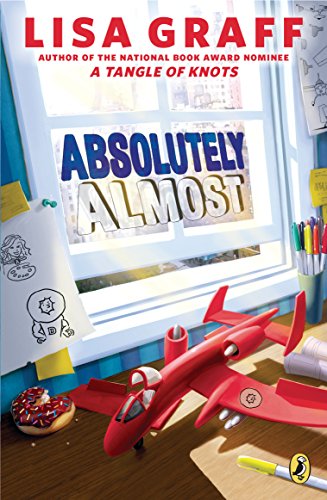 A perfect companion to Lisa Graff’s A Tangle of Knots, this novel explores a similar theme in a realistic contemporary world where kids will easily be able to relate their own struggles to Albie’s.

Once again, Graff crafts a beautiful novel about figuring out who you are and doing what you love. 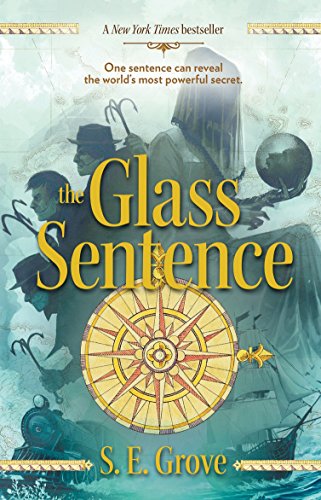 The Glass Sentence (The Mapmakers Trilogy)

The Glass Sentence plunges listeners into a time and place they will not want to leave, and introduces them to a heroine and hero they will take to their hearts. It is a remarkable debut. 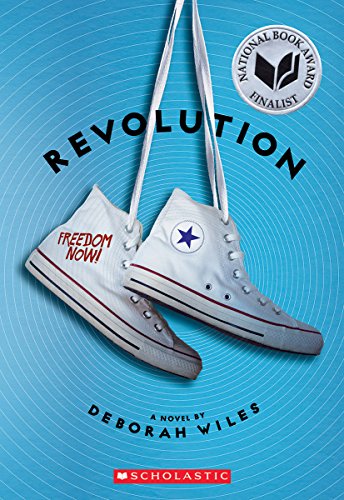 As she did in her groundbreaking documentary novel Countdown, award-winning author Deborah Wiles uses stories and images to tell the riveting story of a certain time and place — and of kids who, in a world where everyone is choosing sides, must figure out how to stand up for themselves and fight for what’s right. 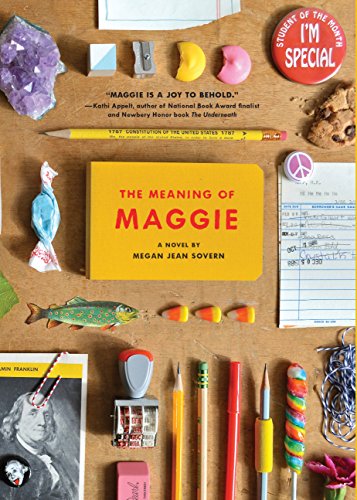 The Meaning of Maggie

Author Megan Jean Sovern, herself the daughter of a dad with multiple sclerosis, writes with the funny grace and assured prose of a new literary star.

A portion of the proceeds of the sale of this book will be donated to the National Multiple Sclerosis Society. 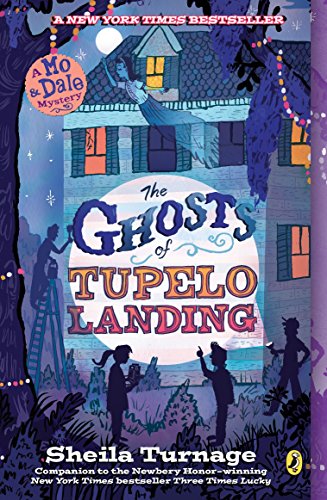 A laugh out loud, ghostly, Southern mystery that can be enjoyed by readers visiting Tupelo Landing for the first time, as well as those who are old friends of Mo and Dale.

« Not Ready to Say Goodbye to the Bravermans, Parenthood TV Show
Best New Books For Kids »