Are you considering taking the family to KeyLime Cove? Here’s one mom’s KeyLime Cove review to help you decide if this Chicagoland attraction located in Gurnee, Illinois is right for you. 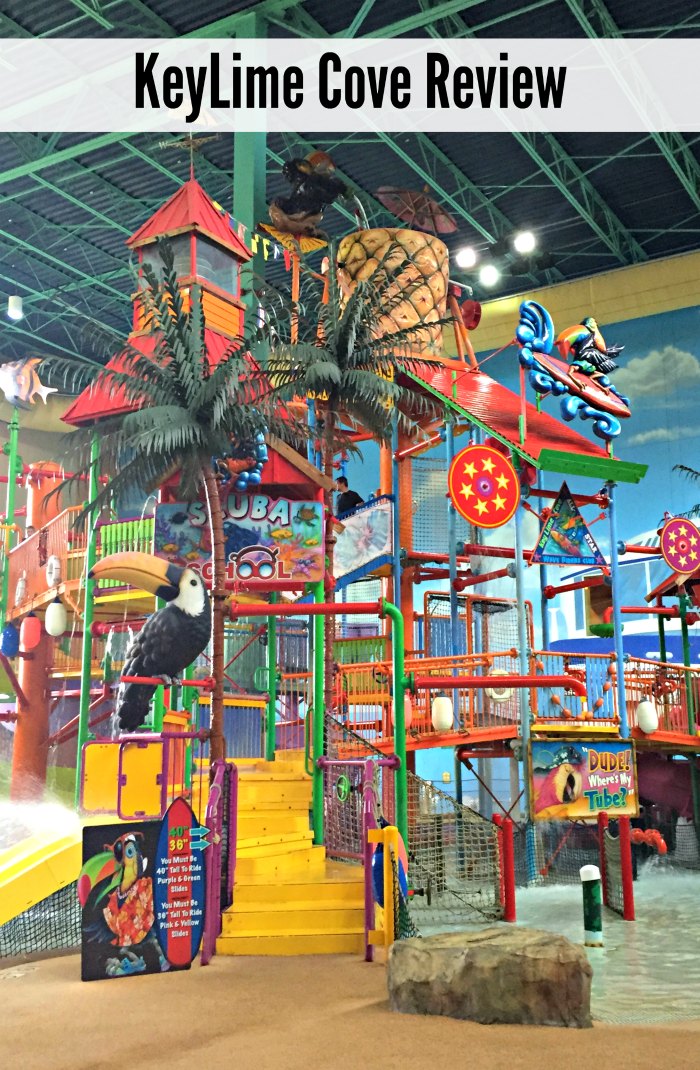 As Chicagoland residents, we have driven by Key Lime Cove a hundred times, marveling at the waterslides we see sticking out of the side of the building and wondering if it would be a fun outing for the family. Time for some Camp Jenny Fun!

Normally you need to get a hotel room to be able to enjoy Key Lime Cove. And it would actually be a fun mini getaway for the family. However, we actually attended during their Community Days, which they’ve hosted during the last few years.

Key Lime Cove Community Days generally run from the end of April through mid-June. United Way of Lake County partners with KeyLime Cove to offer day passes to the Lost Paradise Indoor Waterpark for just $30 per person per day. (This price may change.) The great part is proceeds of the Community Days promotion benefit United Way of Lake County and the Gurnee Police and Fire Departments.

My boys are ages 7 and 9, and they loved the day. They were particularly in love with the “lazy” river; although, there isn’t much about it that’s lazy when you’re with kids. (Am I right, parents?)

There are two giant body slides as well as two tube slides. But we were most interested in the Hurricane Vortex, where you ride a tube and are sent into a large bowl where you eventually spin down into their lazy river. 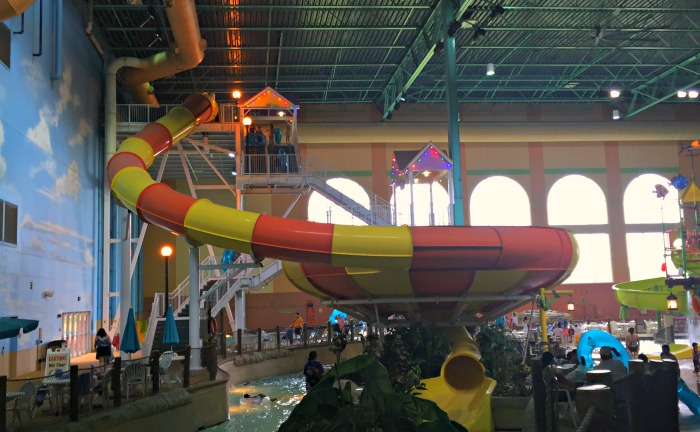 When we went, it wasn’t busy. But I can’t imagine the lines for when KeyLime is even close to capacity. I think it would be tough to wait that long for the rides.

KeyLime calls this massive structure Toukie’s Big Deluge. But it was basically a children’s playground on steroids (in a great way) based with smaller water slides for the tots and water games. 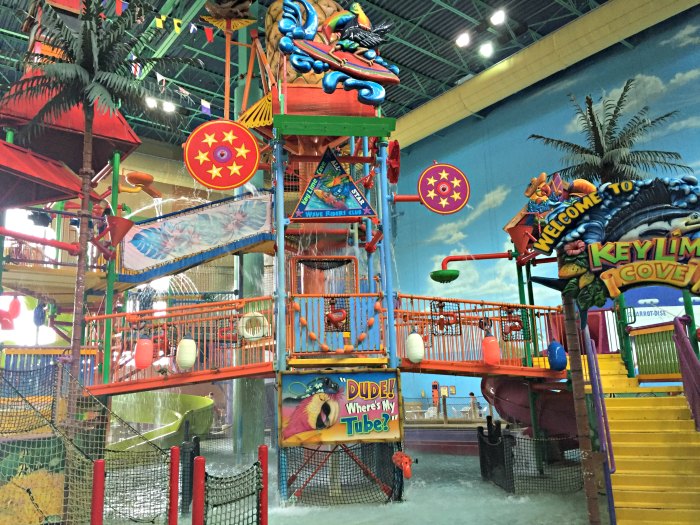 My nine year old had a blast trying to spray people with water or getting buckets full that would then dump water on the kids running around down below.

My seven year old loved the smaller slides and freedom he could have on the set. This part was, by far, the best part of KeyLime Cove. My husband and I actually grabbed a couple of lounge chairs and just rested for a moment while the boys ran around having fun.

There’s also a wave pool, which is where the lazy river begins and ends. Honestly, this didn’t hold much interest for my kids, but that could be because they often have access to pools. 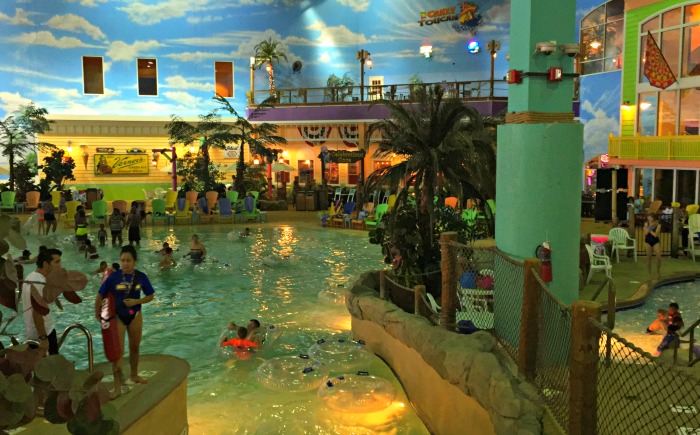 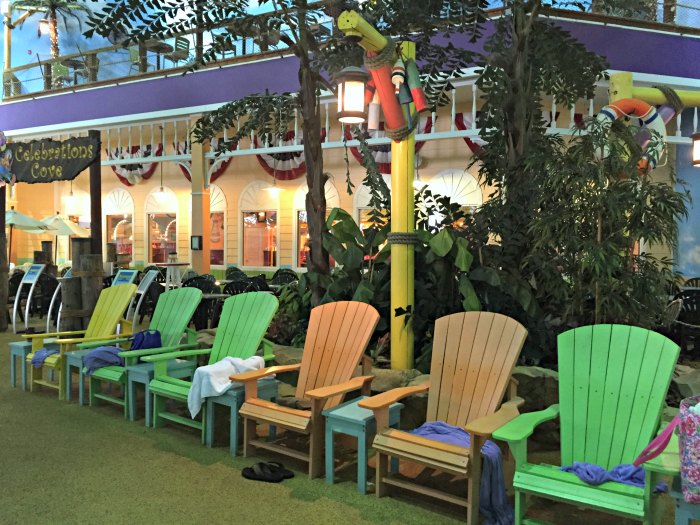 Because we were there just for the day and during off-season, most of the restaurants weren’t even open. We did eat at the concession stand just outside the enclosed waterpark and it was acceptable.

I would be curious about the other places to eat; however, if you’re staying there, there are tons of restaurants within earshot of KeyLime Cove in Gurnee, Ill. I would definitely check those out.

And while we spent our day at the waterpark, which is the centerpiece of KeyLime Cove, there is also an additional 10,000 square of entertainment, including the RipTide Reef Arcade, Leapin’ Lizards artistic adventure spot and Pinki’s Pet Palace. Again, if we weren’t there just for the day, we would have enjoyed doing the extra games. But doing the waterpark was just right for us.

My Opinion of KeyLime Cove

KeyLime Cove would be a fun mini-getaway for the family as long as you have younger kids. Parents need a break and this would be a nice change of pace and get you out of the house on those cold Midwest days.

The waterpark has enough options for families. Add in the other activities and you could easily fill a complete weekend.

My boys were just at the cusp of what I think would be age appropriate for this destination, however. It doesn’t mean your older kids won’t have fun, but the space and activities for older kids is limited compared to other waterparks.

Have you ever visited KeyLime Cove? What did you think?