Before you surrender to that Jolly Roger flag, cuddle up for some venturesome reading with these pirate board books for toddlers and preschoolers.

If you have an adventurous child, you’re probably more than familiar with pirates! Gear up for Talk Like a Pirate Day, which happens every Sept. 19.

Be sure to check out these other children’s board books for toddlers and infants.

Find these pirate board books for toddlers and preschoolers at your local library or purchase through the affiliate links provided for your convenience.

Being the mom of boys, pirates have an ongoing theme in our house.

What is it about pirates?

I think my boys secretly like that pirates seem rebellious, bending the rules and living free on the oceans.

As long as my “pirates” were able to come home at night, they loved the idea of the exciting lifestyle. 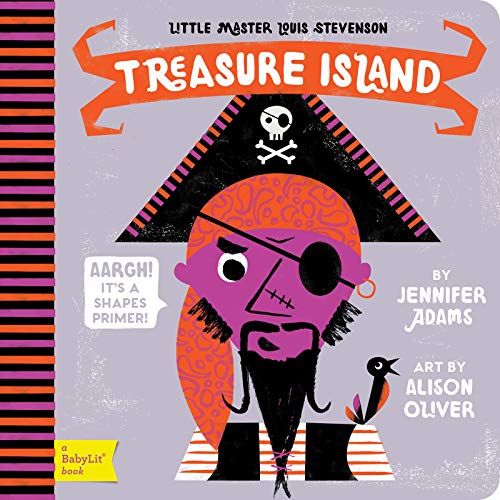 Join Jim Hawkins as he sails the open seas searching for treasure and learning shapes along the way in Treasure Island: A BabyLit Shapes Primer.

Spy the oval of Long John Silver’s eye patch, the triangles in the sails of The Hispaniola, and the cross that marks the spot of lots o’treasure! 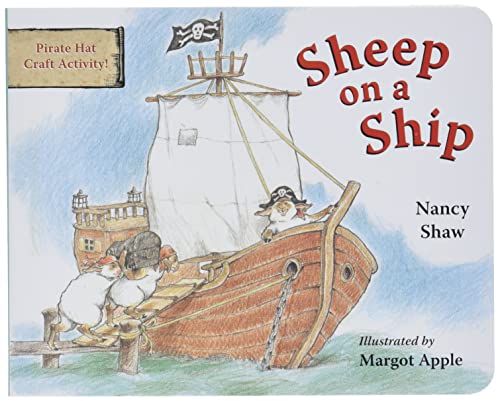 Sheep on a Ship board book (Sheep in a Jeep)

The rhyming misadventures of a group of zany sheep on a pirate ship. 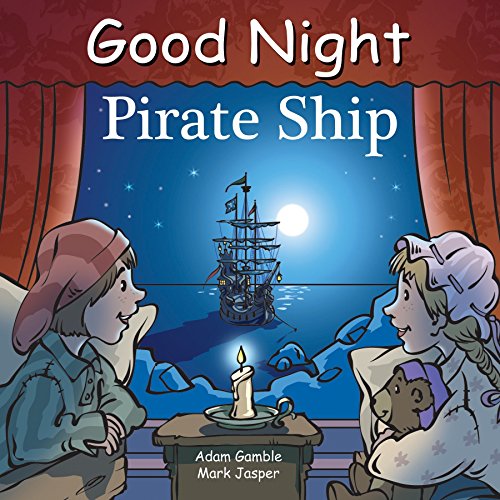 Come plunder the seas with swashbuckling pirates in search of riches. 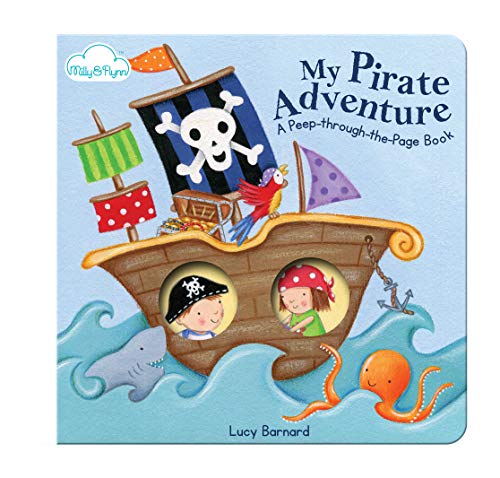 These brilliant board books allow the child’s active imagination to take them on an amazing journey by going through the shaped windows in the book.

If you were a pirate for one day, what would you do?

Join our little hero and his sister, and share in their action packed day. 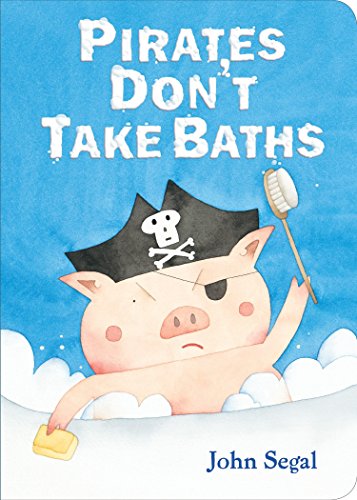 For any young child (or pig), there are few things more excruciating, more traumatic, more torturous than bath time.

This little pig is putting his hoof down. No. More. Baths.

But how can he possibly accomplish this? Well, by being someone else, of course.

After all, everyone knows that pirates, astronauts, and knights in shining armor — just to name a few — never, ever take baths. Now if only he can convince his mother… 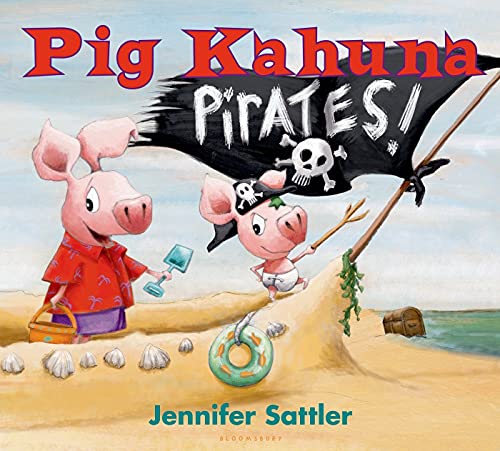 Our favorite porcine-brother duo is back in another kid-friendly seashore adventure. Fergus and Dink love playing at the beach.

But when Dink wakes up from his nap in a crabby mood, it’s up to big brother Fergus to pull him out of it.

Only one thing will tame the tantrum – when Fergus invites Dink to play with his new pirate ship of sand, and gives him the starring role as pirate captain.

Sometimes it feels right to squint your eyes and act like a scurvy dog of a pirate.

With a little brotherly love, you might even forget what was so terrible in the first place… 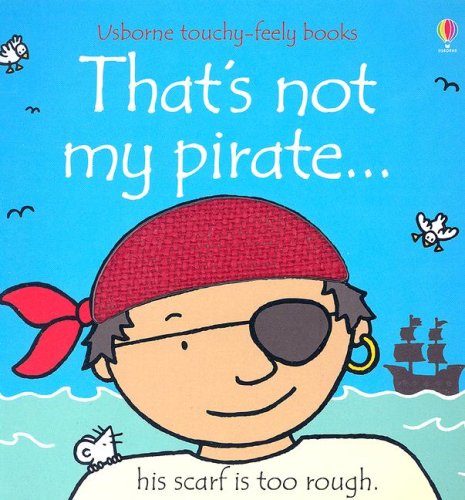 That's Not My Pirate...(Touchy-Feely Books)

A touchy-feely board book with simple, repetitive text, tactile patches and bold illustrations suitable for babies and toddlers!

Plus, an adorable little white mouse appears on every page for children to spot. 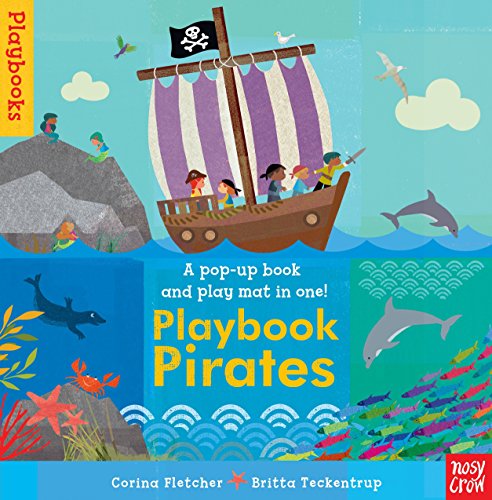 A book that is also a play mat! The perfect novelty package for preschoolers and toddlers alike.

There are also press-out pirate characters, rowing boats, and sea creatures — everything you need for a sensational swashbuckling adventure! 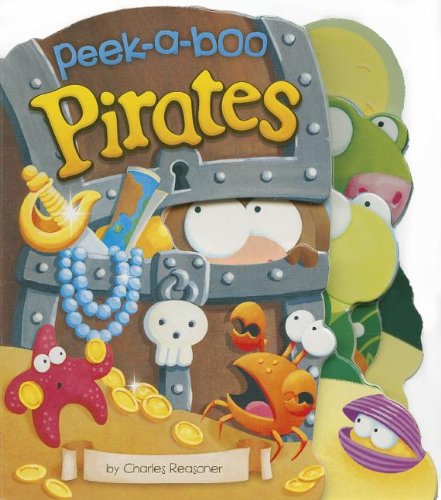 Ahoy! Pirates are on the loose, hiding behind die-cut windows in this board book by Charles Reasoner.

Find out what they are all up to as you read the simple verse and reveal who is hiding on each page. 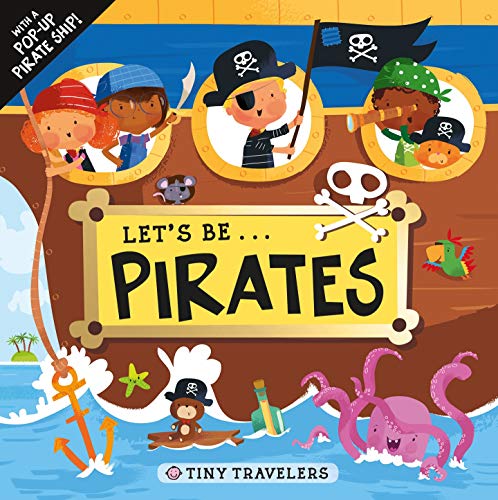 Tiny Travelers: Let's Be... Pirates: With a Pop-Up Pirate Ship

Let’s go on an adventure with Tiny Travelers Jack, Ella, Noah, Izzy, and their cat, Lucky, as they set sail on the high seas to find the buried treasure!

Your own tiny traveler will love to join them on their journey, and follow the clues to find the treasure in this amazing interactive book.

There’s even a letter to read outlining their quest, a fold-out treasure map, a fabulous pop-up pirate ship, and more to inspire imagination and encourage creative play in all would-be pirates. 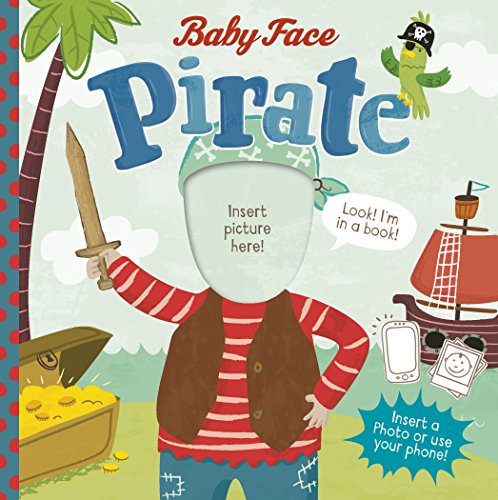 Ahoy, matey! Jump on board as your baby takes center stage in this pirate adventure!

Just grab your favorite photo and insert it into the back of the board book.

The colorful illustrations and rhyming text mixed with your baby’s photo will keep your little pirate smiling from ear to ear.

Keep the learning fun going with the following affiliate links: