My family has a long-standing tradition of eating pie for breakfast. In fact, it’s encouraged.

Before you get all up in arms about eating dessert in the morning, pie was originally a breakfast meal. My grandmother, who grew up on a farm, would wake up first thing in the morning and start making fruit pies in the kitchen while the men went to work in the fields. Sounds like it came out of an old novel? But it’s true. About mid-morning, the men would come back to the house where the pies would be baked and cooled, ready to eat. 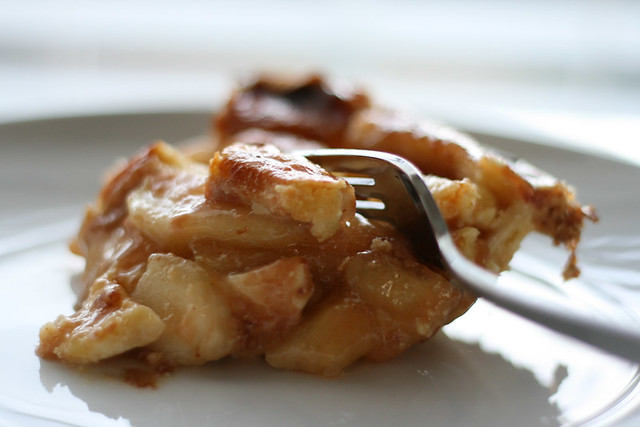 My grandmother was a whiz in the kitchen, creating the most amazing pie crusts you’d ever tasted. Making pie crusts from scratch is a culinary art form that has disappeared. Nowadays, you can buy a pre-made pie crust in the freezer. And honestly, I don’t know the last time one of my friends attempted to make their own. My father managed to learn some of her tricks before she passed away. But alas, I haven’t caught on to the homemade pie crust.

Whenever my grandmother would make pies (of course, she never just made one), we would all get up early the next day to make sure we would get in a piece of pie for breakfast. My grandfather was the worst. It didn’t matter if there were grandchildren dying for a slice. If he got up before us, that last slice of pie was his… no exceptions. He was such a jolly man. And when he declared that we had slept too late, you couldn’t help but laugh thanks to the mischievous glint in his eye. He had beat you to the pie, fair and square.

When I got married, my husband thought I was a bit off my rocker, saddled up to the table with my breakfast slice. Trust me. It didn’t take him long to see things my way. Last night, we had pie with Easter dinner. After dropping off the kids, I opened the fridge to give in to a small slice of apple pie. And what should I discover? A huge hunk of pie missing! The family tradition continues.

The next time your family has pie for dinner, feel free to grab and plate and fork and dig in to that dessert for dinner. That’s how they did it in the olden days. They couldn’t have been wrong, could they?

WHAT FAMILY TRADITION DO YOU HAVE THAT YOUR SPOUSE NOW EMBRACES?