Think about a childhood memory that you just can’t help smiling about. It could be a special birthday. Perhaps it’s a blanket worn thin from love. One of my favorite memories is the shiny golden stripe down the spine of Little Golden Books.

Today I’m sharing some of the most popular classic Little Golden Books over time!

You can find these classic Little Golden Books at your local library or through the affiliate links provided for your convenience.

These books have been published for decades (starting in 1942) because they are simply wonderful. But some are simply better than others. Here are my top ten Golden Books of all time.

Over the years, the Little Golden Books series has also featured film, television, movie and media characters. But today I’m focusing on the classics. 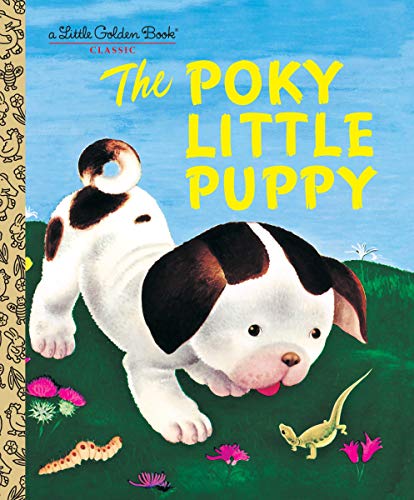 The Poky Little Puppy was one of the original twelve Little Golden Books published in 1942, and went on to become the bestselling picture book of all time.

The story of a curious puppy, who digs holes under fences and who has to go to bed without any strawberry shortcake, has delighted families for generations. 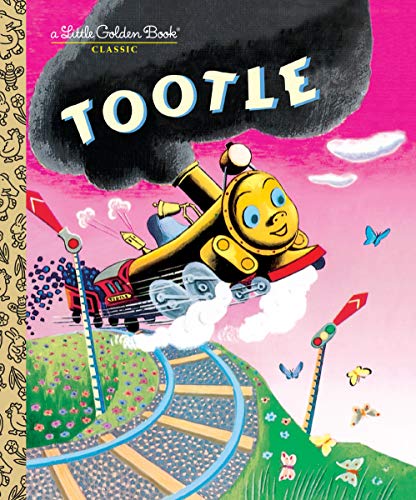 In this classic Little Golden Book from 1945, Tootle is a young locomotive who loves to chase butterflies through the meadow. But he must learn to stay on the tracks no matter what — if he ever hopes to achieve his dream of being a Flyer between New York and Chicago! 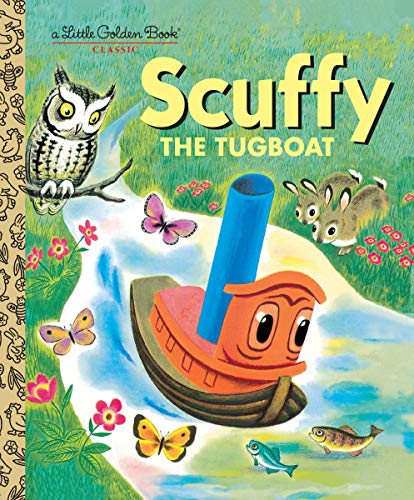 Scuffy the Tugboat and His Adventures Down the River

Meant for "bigger things," Scuffy the Tugboat leaves the man with the polka-dot tie and his little boy and sets off to explore the world.

But on his daring adventure down the river, Scuffy realizes that home is where he'd rather be, sailing in his bathtub. 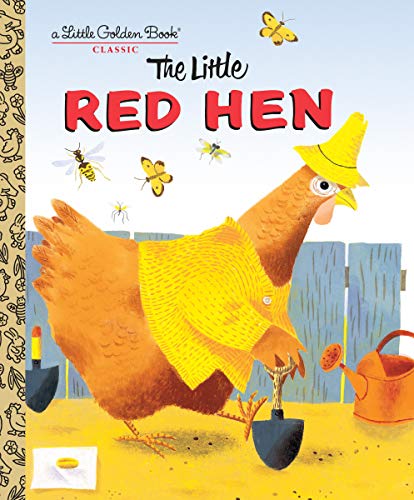 Beloved illustrator J. P. Miller’s graphic, colorful farm animals seem to jump right off the page — but they aren’t jumping to help the Little Red Hen plant her wheat! Young children will learn a valuable lesson about teamwork from this funny, favorite folktale.

One of the bestselling Little Golden Books of all time!

Once there was a tawny scrawny lion who chased monkeys on Monday —kangaroos on Tuesday — zebras on Wednesday — bears on Thursday— camels on Friday — and on Saturday, elephants!

So begins the classic story of a family of ten fat rabbits that teaches the hungry lion to eat carrot stew — so that he doesn’t eat them. 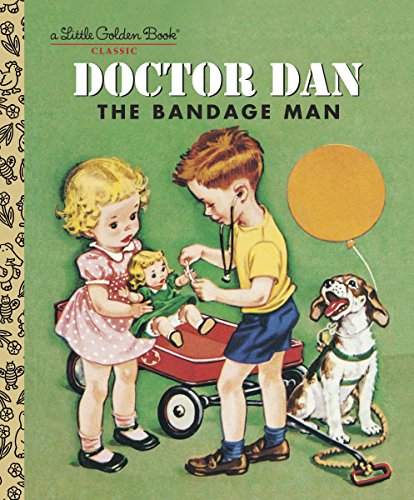 One of the most-requested Little Golden Books is back in print! Millions of baby boomers remember little Dan, who stops crying over a scratch as soon as Mother puts a bandage on it. Soon the dolls and teddy bears in Dan’s house are wearing bandages, too.

This charming story from the 1950s was so popular that it’s now featured in the Smithsonian’s permanent collection. 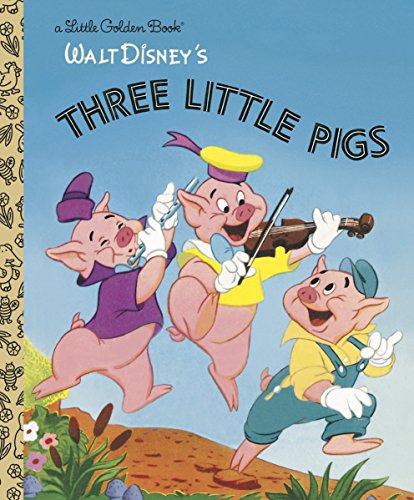 Vintage Disney artwork from the 1940s makes this book an important addition to every Little Golden Book collector’s library. 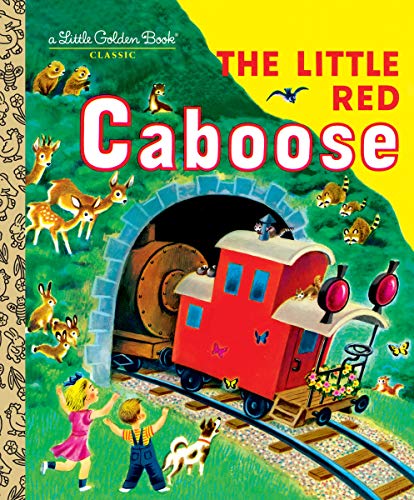 All aboard! This classic Little Golden Book, originally published in 1953, tells the tale of a charming red caboose who wants nothing more than to be as popular as the big steam engine at the front of the train. 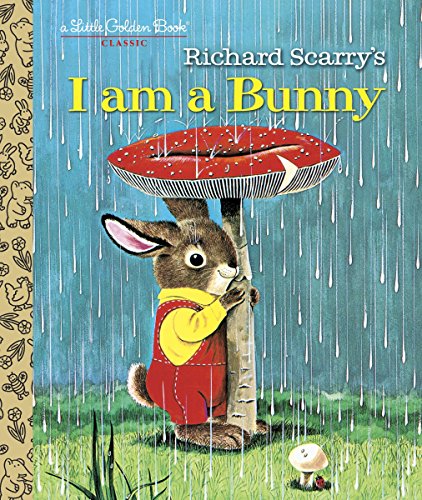 I Am A Bunny (Little Golden Book)

In print for well over 50 years, this beautifully illustrated, gentle story has been a favorite Golden Book for generations.

In the spring, Nicholas picks flowers and chases butterflies, and in the summer, watches the frogs in the pond. In the autumn, he sees the animals preparing for the winter. When winter comes, Nicholas watches the snow falling from the sky, then curls up in his hollow tree and dreams about spring. 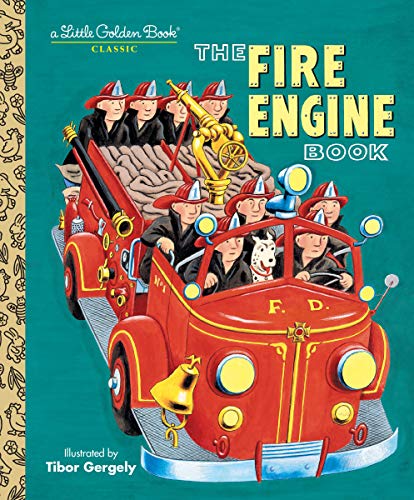 Children will feel as though they are riding the big red fire engines and hearing the "clang, clang" of the bell! Large-scale, active pictures will transport young readers to the scene where they'll see brave firemen connect hoses and save the day. 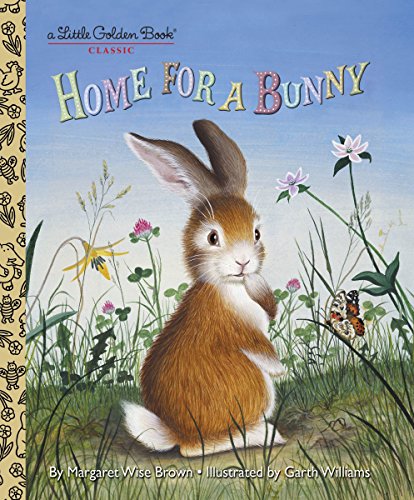 Home for a Bunny

Generations of children have followed this adorable bunny in this classic story from the author of Goodnight Moon. A family favorite since 1956, Margaret Wise Brown's simple yet playful tale is brought to life by Garth Williams's exquisite artwork. 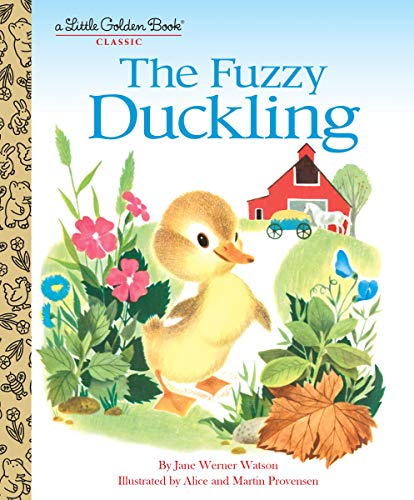 Simple words and adorable, classic illustations from the legendary Alice and Martin Provensen make this book as perfect a gift today as it was when it was first published in 1949. 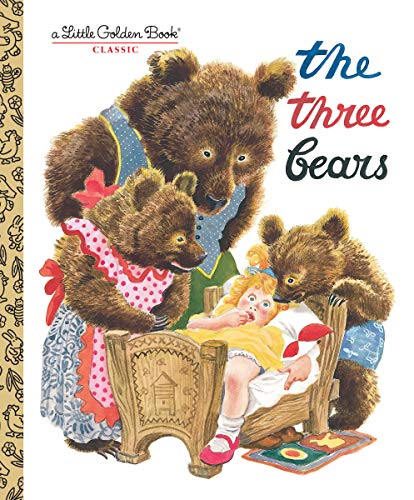 Originally published in 1948, The Three Bears is now back in print for a new generation of fans.

This classic Little Golden Book edition of the famous folk tale has had many imitators, but none can measure up to the way illustrator Feodor Rojankovsky brought Goldilocks and the three bears to life. 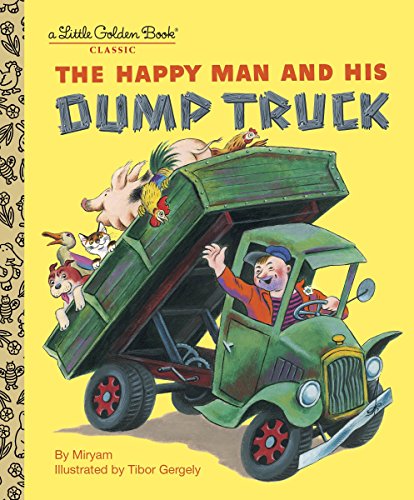 The Happy Man and His Dump Truck

This book is a true classic, originally published in 1950 and illustrated by the beloved Tibor Gergely.

A happy man thrills a group of farm animals when he takes them for a joy ride in his dump truck. 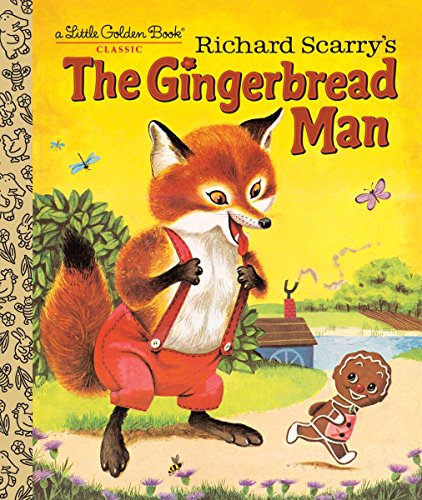 “Run, run, as fast as you can!” Catch Richard Scarry’s gingerbread man as he tears through this beloved Little Golden Book, originally published in 1953 and every bit as enchanting today. 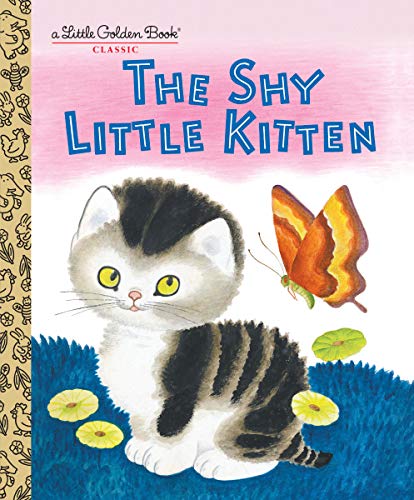 This beloved best-selling Little Golden Book tells the tale of a shy little kitten who meets a mole, a frog, a puppy, and a squirrel in one adventure-filled day.

The Shy Little Kitten, with illustrations by the renowned Gustaf Tenggren, was originally published in 1946. 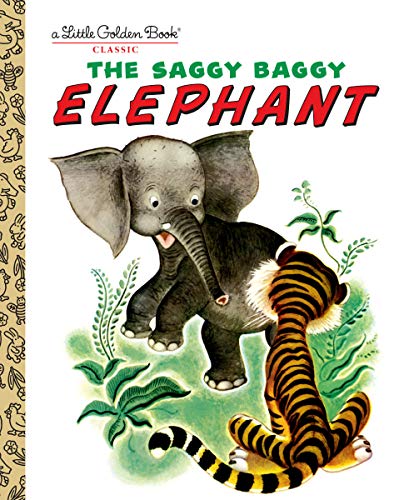 After a parrot makes fun of Sooki’s big ears, long nose, and wrinkled skin, the “saggy baggy” elephant isn’t too sure of himself. But once he meets some beautiful creatures who look just like him, Sooki celebrates with a joyful “one-two-three-kick.”