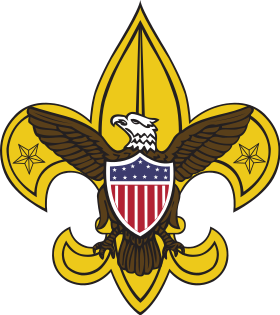 History of the Boy Scouts of America (Photo credit: Wikipedia)

The Boy Scouts of America began its membership recruiting in our school a month ago. Being the mom of two boys, I always thought we would be active members of the Boy Scouts. However, the organization’s stand against gay members and leaders has made me hesitate about getting involved.

The Boy Scouts of America professes to teach strong American values, all the while discriminating and excluding openly gay members and leaders. At a time when my children are learning about how they will treat other people, I’m torn about getting involved in such an organization. On a local level, I’ve spoken with other Boy Scout parents in my community who are publicly against the organization’s stand. On a national level, however, it is a different story.

This week, hundreds of Boy Scout leaders will gather for its annual meeting. Most notably, for me, they will vote on this statement: “No youth may be denied membership in the Boy Scouts of America on the basis of sexual orientation or preference alone.” While this vote is a significant first step for the group, it is certainly not the last. In addition to welcoming gay members, it is just as important to welcome gay leaders.

I truly hope the administration is able to make this first step in welcoming all people of the community in the Boy Scouts, which really is the basis of the scouts in the first place. The scouts have always stood for strong character building. When we talk about character building, the key is to recognize the Boy Scouts have spent more than 100 years teaching boys how to be self-sufficient, kind-hearted and community-oriented. In fact, according to the Boy Scouts of America’ website, the group provides educational programs for boys and young adults to build character, to train in the responsibilities of participating citizenship and to develop personal fitness. No where does it mention exclusion, judgement or  hate.

After struggling with this conundrum, I did sign up my son to be part of the Boy Scouts. He’s at an age where he doesn’t understand the national debate. And if it does come up, I can teach him about how we are all people at the end of the day and express my sadness that some people can’t honor others. The benefit of joining the Boy Scouts on the local level is invaluable. Whether we support the Boy Scouts beyond my son’s early elementary years will greatly depend on the outcome of this vote.

Your move, Boys Scout of America.