Barbie turned 55 this week. I’m not sure if I’ll send a card to her. We were really never the best of friends. She appeared in my house along with a friend or two but we just didn’t connect. Perhaps I was too busy riding my banana seat bike and getting my jeans muddy to notice her. She just didn’t grab my interest, and she certainly couldn’t compete against my play organ/piano (which rocked!).

Then I became the mom of boys. The only time a Barbie crosses my path, we are shopping for a birthday gift for a girl. We walk the Target isle full of these dolls but feel like we’ve been transported to another dimension. Then we head in a different direction and find the birthday girl a craft kit or something because I just can’t bring myself to buy a Barbie! (Although Tinkerbell will sneak in there once in a while.) 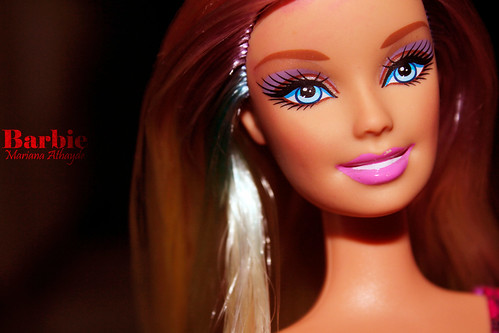 I know Mattel has worked hard on creating a brand that encourages girls to dream big. Over the years, Barbie has been busy. She’s been a veterinarian, registered nurse, astronaut and even American Idol contestant. But I still can’t stop thinking of Barbie as a bouffant blond who spends more time at the bar trying to look sexy and pick up guys than she does investing in her career.

Barbie visited our house once for a weekend. My son chose the movie Barbie and the Magic of Pegasus to bring home from the library. It had all of the stereotypical traps I expected, including flying horses, fairy-like magic, ice skating and a handsome prince. It was painful to watch… and my eye is starting to twitch just thinking about it.

So Barbie, as a courtesy, I am sending a Happy Birthday your way. I know you mean well. And you’ve worked hard to build up that impressive empire of yours. But we just weren’t meant to be the best of friends.