Even though Martin Luther King Jr. Day is just around the corner, these books on slavery for kids are appropriate and really should be read throughout the year.

Slavery can be one of those hot topic buttons for families.

How do you start the conversation with your children?

How do you start educating them about our past and helping them understand the long-term ramifications of slavery on our culture, our society and our citizens?

These must-read children’s books on slavery are the place to start.

You can find these books on slavery for kids at your local library or purchase through the affiliate links provided for your convenience.

And when I say children, I don’t just mean tots… I mean your children — no matter their age.

Books on Slavery for Kids

Henry’s Freedom Box: A True Story from the Underground Railroad

Freedom Over Me: Eleven Slaves, Their Lives and Dreams Brought to Life

Using original slave auction and plantation estate documents, Ashley Bryan offers a moving and powerful picture book that contrasts the monetary value of a slave with the priceless value of life experiences and dreams that a slave owner could never take away.

In his gentle yet deeply powerful way, Ashley Bryan goes to the heart of how a slave is given a monetary value by the slave owner, tempering this with the one thing that CAN’T be bought or sold — dreams.

This poetic, nonfiction story about a little-known piece of African American history captures a human’s capacity to find hope and joy in difficult circumstances and demonstrates how New Orleans’ Congo Square was truly freedom’s heart.

As a seamstress in the Big House, Clara dreams of a reunion with her Momma, who lives on another plantation — and even of running away to freedom.

Then she overhears two slaves talking about the Underground Railroad.

In a flash of inspiration, Clara sees how she can use the cloth in her scrap bag to make a map of the land–a freedom quilt–that no master will ever suspect.

If You Lived When There Was Slavery In America

With compassion and respect for the enslaved, this book answers questions children might have about this dismal era in American history.

It is hard to imagine that, once, a person in America could be “owned” by another person.

From the time the colonies were settled in the 1600s until the end of the Civil War in 1865, millions of black people were bought and sold like goods.

Where did the slaves come from? Where did they live when they were brought to this country? What kind of work did they do?

Now Let Me Fly: The Story of a Slave Family (Aladdin Picture Books)

A young girl describes how she once heard the sound of warning drums in Africa signaling the coming of horror.

Kidnapped, made to march while chained, and taken to America to be sold at an auction, she undergoes the brutalities of slavery in this tale of a strong-willed girl who lives in harsh surroundings.

Born into slavery young Frederick dreams of the day he and his people will be free.

Yet until that day comes, his only escape is through the books he reads, which take him to worlds far from his own.

In his picture book debut, fine artist Cedric Lucas creates a hauntingly realistic portrait of a cruel era. William Miller follows up his critically acclaimed Zora Hurston and the Chinaberry Tree with a timeless reminder to readers of all ages and backgrounds that freedom is something to never be taken for granted.

Stirring and emotional, Cooper’s stunning illustrations bring to life the faces of those who endured hard, brutal work when the profit of their labor was paid to the master, not the slave.

The fact that many were able to purchase their freedom after earning money from learning a trade speaks to the strength of those individuals.

They created this iconic emblem of America, brick by brick.

From Slave Ship to Freedom Road

Rod Brown and Julius Lester bring history to life in this profoundly moving exploration of the slave experience.

Inspired by Rod Brown’s vivid paintings, Julius Lester has written a text that places each of us squarely inside the skin of both slave and slaveowner.

It will capture the heart of every reader, black or white, young or old.

From acclaimed author Laurie Halse Anderson comes this compelling, impeccably researched novel that shows the lengths we can go to cast off our chains, both physical and spiritual.

Up from Slavery (Dover Thrift Editions)

Born in a Virginia slave hut, Booker T. Washington (1856-1915) rose to become the most influential spokesman for African-Americans of his day.

In this eloquently written book, he describes events in a remarkable life that began in bondage and culminated in worldwide recognition for his many accomplishments.

In simply written yet stirring passages, he tells of his impoverished childhood and youth, the unrelenting struggle for an education, early teaching assignments, his selection in 1881 to head Tuskegee Institute, and more.

Inspired by a true story, the riveting novel of a young slave girl’s harrowing escape to freedom on the Underground Railroad.

Heart and Soul: The Story of America and African Americans

The story of America and African Americans is a story of hope and inspiration and unwavering courage.

This is the story of the men, women and children who toiled in the hot sun picking cotton for their masters; it’s about the America ripped in two by Jim Crow laws; it’s about the brothers and sisters of all colors who rallied against those who would dare bar a child from an education.

It’s a story of discrimination and broken promises, determination, and triumphs.

Passenger on the Pearl: The True Story of Emily Edmonson’s Flight from Slavery

Through Emily Edmonson’s journey from enslaved person to teacher at a school for African American young women, Conkling illuminates the daily lives of enslaved people, the often changing laws affecting them, and the high cost of a failed escape.

The page-turning, heart-wrenching true story of one young woman willing to risk her safety and even her life for a chance at freedom in the largest slave escape attempt in American history.

This story of Thomas Jefferson’s children by one of his slaves, Sally Hemings, tells a darker piece of America’s history from an often unseen perspective-that of three of Jefferson’s slaves-including two of his own children.

As each child grows up and tells his story, the contradiction between slavery and freedom becomes starker, calling into question the real meaning of “life, liberty, and the pursuit of happiness.”

This poignant story sheds light on what life was like as one of Jefferson’s invisible offspring.

Sugar Changed the World: A Story of Magic, Spice, Slavery, Freedom, and Science

When this award-winning husband-and-wife team discovered that they each had sugar in their family history, they were inspired to trace the globe-spanning story of the sweet substance and to seek out the voices of those who led bitter sugar lives.

The trail ran like a bright band from religious ceremonies in India to Europe’s Middle Ages, then on to Columbus, who brought the first cane cuttings to the Americas.

Sugar was the substance that drove the bloody slave trade and caused the loss of countless lives but it also planted the seeds of revolution that led to freedom in the American colonies, Haiti, and France.

With songs, oral histories, maps, and over 80 archival illustrations, here is the story of how one product allows us to see the grand currents of world history in new ways. 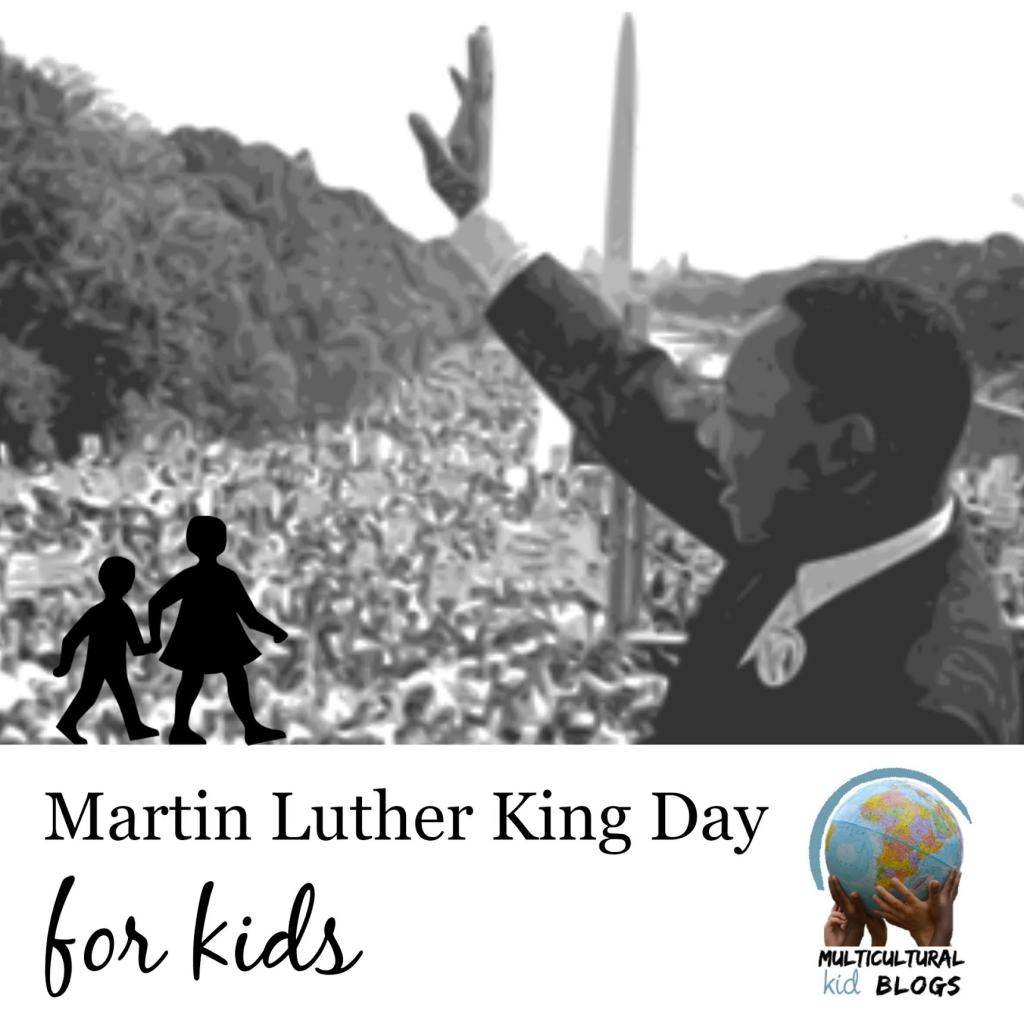 Welcome to our third annual blog hop on Martin Luther King Day for Kids! Find great ideas for commemorating MLK Day with kids and don’t miss our series from last year and 2015! For even more, be sure to follow our Black History Pinterest board!